Saif Ali Khan and Kareena Kapoor Khan are quite the cool parents who have hardly shared qualms about their son Taimur Ali Khan being an internet sensation. They are more than happy to speak to the media about their little son as his antics always leave them and us in awe. Recently Saif decided to confess about a small secret of Taimur about what happened on the sets of Sacred Games 2 and also how he reacts to the glamorous avatar of his mother and the charming avatar of his father. 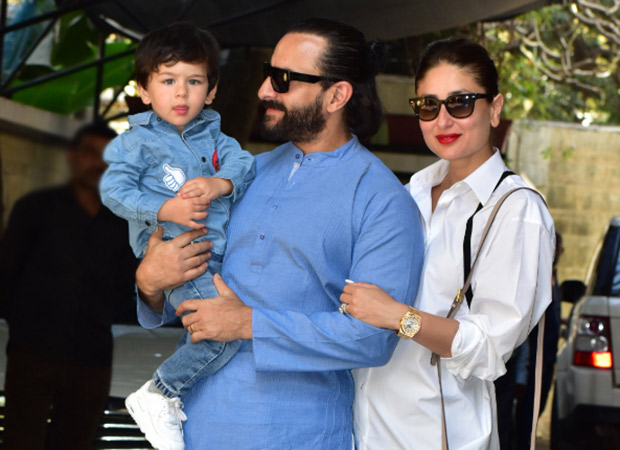 Saif Ali Khan stated in reports that he feels that his son Taimur Ali Khan doesn’t pay too much attention to his looks. In fact, when he visited the sets of Sacred Games 2, the little toddler didn’t seem to mind the different look that Khan was sporting. Readers may be aware that this pop culture gangster drama features Saif as a Sardar police officer Sartaj Singh. Moreover, it was also being said that Taimur didn’t even notice the bandage on Saif’s hand that the actor was sporting for the shot in the web-series.

While this has left many of us surprised, Saif was quite nonchalant about Taimur’s reaction because something similar happened on the sets of Navdeep Singh’s next. Readers, who have come across the avatar that Saif would be donning for this period film, would be aware that he sports a long beard and a completely different hairstyle. Despite his Naga Sadhu avatar, Taimur didn’t react to his unconventional look.

On the other hand, the actor feels that Taimur pays a lot of attention to his mother Kareena Kapoor Khan and her glamorous looks. In fact, he confessed that the adorable patootie doesn’t like his mother putting on make-up.

Also Read: Taimur Ali Khan taking horse riding lessons is the CUTEST THING you will see on the internet today!