Saif Ali Khan and Kareena Kapoor Khan are totally giving marriage goals and we can’t stop adoring their cuteness! We all know that apart from films, Kareena Kapoor Khan has been enjoying her radio show Bebology and the actress has been inviting some of her friends from the fraternity too give their tidbits on What Women Want. But the actress seems to have been surprised by a call from her husband Saif and what she further didn’t expect was to see her hubby to have the cheekiest question for her. 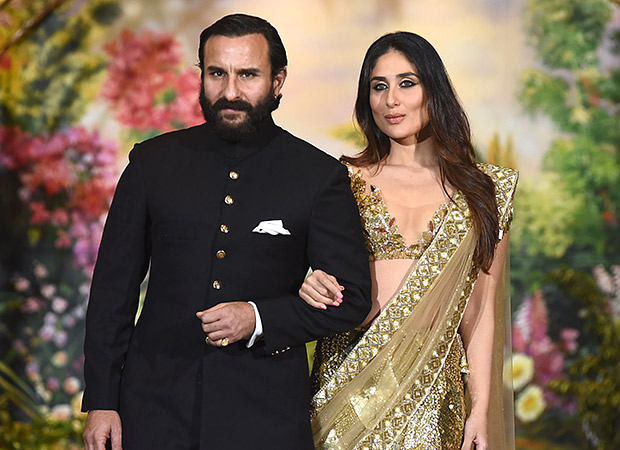 During the show, Kareena was surprised when Saif Ali Khan turned out to be one of the callers and he asked her the question, 'What should a husband do to get more attention and how to make wife happy post baby.’ After blushing initially, Kareena had the most apt response for her husband dearest.

Terming the question as cheeky to be asked on national radio, she further responded that the wife will be automatically happy if the husband shares responsibilities. After the arrival of the baby, the responsibilities increase and it is good to have your partner's support. For the attention part, she asked her 'Saifu' to plan a romantic vacation without the baby for 'her' and then witness the magic. However, she also asserted that if a wife refuses to such trips saying that she needs to spend time with the baby, the husband shouldn’t feel bad. Because having a baby changes the perspective of a woman at that time.

She concluded her response by adding that she would be waiting for a romantic trip coming her way from her hubby dearest! Isn’t the conversation cute enough to make you go 'aww'!

Speaking of vacations, let us tell you that last month, we saw the couple enjoyed a long break wherein they kicked off New Year in Europe, followed by a beautiful winter vacation, albeit with their little one Taimur Ali Khan.