Priyanka Chopra and Nick Jonas are living the good life. The newly married couple is in Los Angeles which is Nick's home as Priyanka travels between New York and LA for work. The actress has been busy promoting her upcoming film Isn't It Romantic. Amid all this, the actress flew back to LA to join her husband during Grammys 2019 weekend. 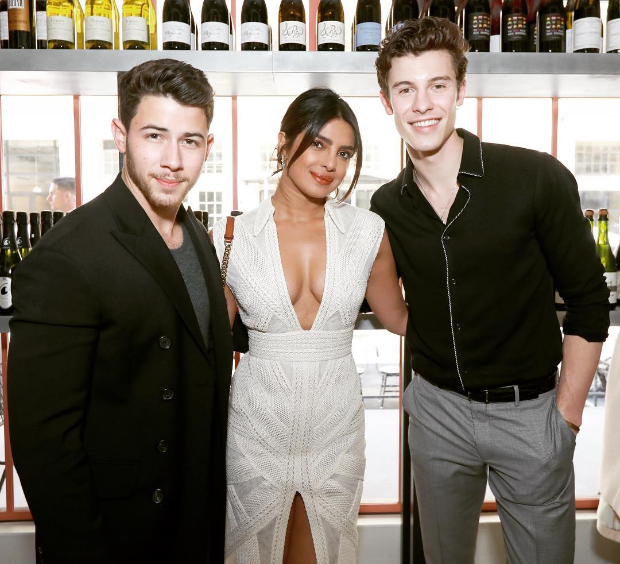 Priyanka Chopra and Nick Jonas attended the Grammys 2019 showcase where they spent time with some of the nominated artists. Nick met Shawn Mendes and introduced Priyanka to the youngest Grammy nominee. The actress and the pop singer, both, shared pictures from the night. Priyanka wrote, "Grammy weekend.. ❤️" Nick and Priyanka threw a bash for their friends who were nominated for Grammys 2019. The actress revealed in an interview that the singer danced on 'Gallan Goodiyaan' which was also the song he performed during their sangeet ceremony. "What a great night celebrating our friends who are nominated for the grammys.. good luck to everyone tonight!!," Priyanka captioned the pictures from the celebration night.

On the work front, Priyanka Chopra is currently promoting her Hollywood romantic comedy, Isn't It Romantic. The film stars Rebel Wilson, Liam Hemsworth and Adam Devine. It is slated to release on February 13 and will begin streaming on Netflix on February 28.

What a great night celebrating our friends who are nominated for the grammys.. good luck to everyone tonight!! ❤️????????

ALSO READ: This picture from Priyanka Chopra – Nick Jonas wedding will definitely bring a smile on your face!