Last Updated 25.09.2022 | 9:09 AM IST
feedback language
follow us on
Bollywood Hungama » News » Bollywood Features News » Ritesh Sidhwani shares a photo of Farhan Akhtar in writer mode and it has got us curious about his next!

After the stupendous success of KGF, Excel Entertainment is yet to announce their next project. If you are wondering what’s cooking next in the slate of Ritesh Sidhwani and Farhan Akhtar, then we have an answer for that one! It seems that Farhan Akhtar has started writing his next project. While details are currently being kept under wraps, it seems that the filmmaker has found his concept to work on. 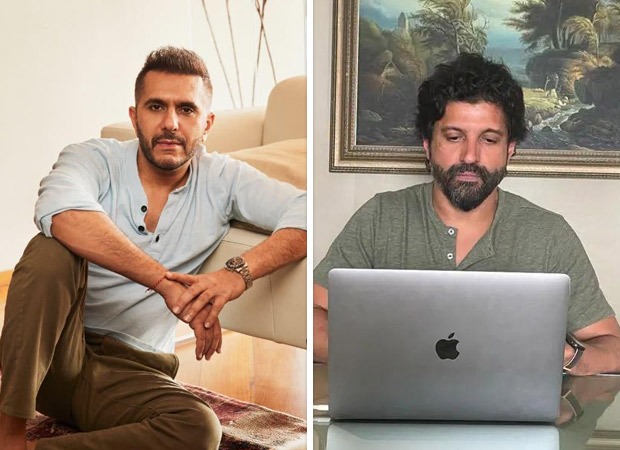 Ritesh Sidhwani shares a photo of Farhan Akhtar in writer mode and it has got us curious about his next!

Ritesh Sidhwani, who is a co-founder of Excel Entertainment along with Farhan Akhtar, took to his social media to share a snap from Farhan’s study room where the actor is seen to be engrossed in the laptop as he sits in his writer mode. Sharing the photo on Instagram, Ritesh added, “100% focus even when he’s putting pen to paper (err.. fingers to keyboard) @faroutakhtar is back in writer mode after a long hiatus. Guess what he’s working on…” Followed by the post, many actors like Ali Fazal, Divyendu Sharma, and Tanuj Virwani added some quirky comments. In fact, Tanuj even requested the filmmaker to pen Don 3 next.

Confirming the same, a source close to the actor-filmmaker added, “Farhan Akhtar has dipped his pen in the gall and is all set to chalk down an amazing script for his to-be-announced film. After a long hiatus of over a decade, Farhan is ready to jot down a legible script for his audience. The last time when Farhan swirled his pen was for Toofan and it has been a year since the actor donned a writer's cap and fans will be equally excited about it.”

In the past, Farhan Akhtar has donned several roles in the entertainment industry, from a writer to an actor to a filmmaker to a singer and musician. As for his writing, his work includes films like Zindagi Na Milegi Dobara, Dil Chahta Hai, Dil Dhadakne Do, Don, Don 2, and Rock On among many others.