Last Updated 12.08.2022 | 9:29 PM IST
feedback language
follow us on
Bollywood Hungama » News » Bollywood Features News » EXCLUSIVE: Shahid Kapoor speaks about Jersey failure at IIFA 2022; says, “I think we all can learn from it”

Readers would be aware that half of the Bollywood industry is currently in Abu Dhabi attending the 22nd edition of International Indian Film Academy Awards aka IIFA Awards. Amongst them is also Shahid Kapoor. The Jersey actor also performed at the IIFA Rocks event that was held last night and he was asked to pay a special tribute to Bappi Da aka Bappi Lahiri who passed away earlier this year.  The actor performed on numbers like ‘Yaad Aa Rahe Hai’, ‘Disco Dancer’, ‘Tamma Tamma’ amongst others. He also spoke to Bollywood Hungama exclusively on what went wrong with Jersey and about Kabir Singh 2. 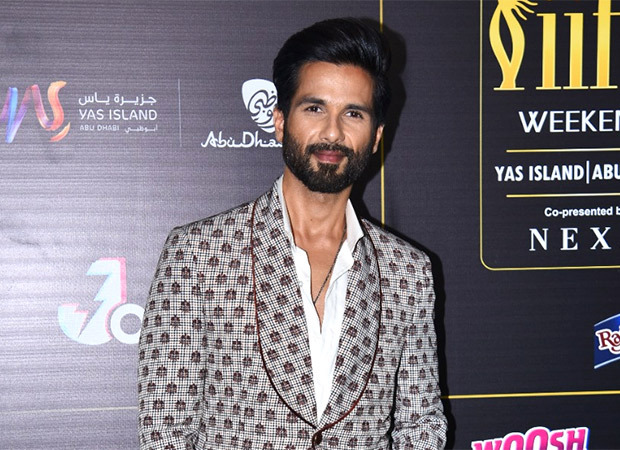 EXCLUSIVE: Shahid Kapoor speaks about Jersey failure at IIFA 2022; says, “I think we all can learn from it”

Shahid Kapoor also spoke about his last film Jersey which failed to make a mark at the box office. Elaborating on what went wrong, Shahid added, “All I'll say is that it's a time to learn. And I think we all need to learn what's happening. And when I say all of us, I don't just mean me. I mean, everybody here, the entire community needs to learn from what's happening. And having done a certain amount of work, I've seen that the mood of the audience change many times. Having said that, Jersey had a lot of things happening with it as well. I think we had multiple release dates, and we also suffered due to lockdown and COVID. We got delayed, and a lot had happened. But it's strange that I still get so much love for it. It’s also a very special film to me, and will always be very close to my heart. But there is a lot and we will learn.”

We had recently reported that producers Bhushan Kumar and Murad Khetani were dabbling with the idea of Kabir Singh 2 after the stupendous success of the prequel. Bollywood Hungama asked Shahid Kapoor about the sequel and he added, “I think Sandeep Vanga was the only one who can make to this busy shooting of him right now. So I wish him luck for that. He's a fantastic director and he's a great actor. I'm sure they'll do something wonderful. They're doing animal rights, but I think their talks of commuting to medicine to Krishna Botnick. What have you heard about it's been pretty puzzling. But I think they can't be competing. I think those are just rumors if something concrete happens.

Speaking about returning to dancing on stage, Shahid Kapoor said that he truly missed it. Movie buffs would know that Shahid started his career as a dancer before he made his acting debut. Talking about it, he said, “My team has been telling me since I was rehearsing that why am I not doing a film which has songs in it. Honestly, I am kind of asking the same question to myself. So, I think I have missed it. I was a dancer before I became an actor. But sometimes the actor in me gets very consumed in the character. But it's nice and fun to dance again.”