Genelia and Riteish Deshmukh are one of the most adored couples of Bollywood. The two often make and share hilarious videos on their social media handle. This time the couple gave a twist to a viral video featuring them and Preity Zinta. 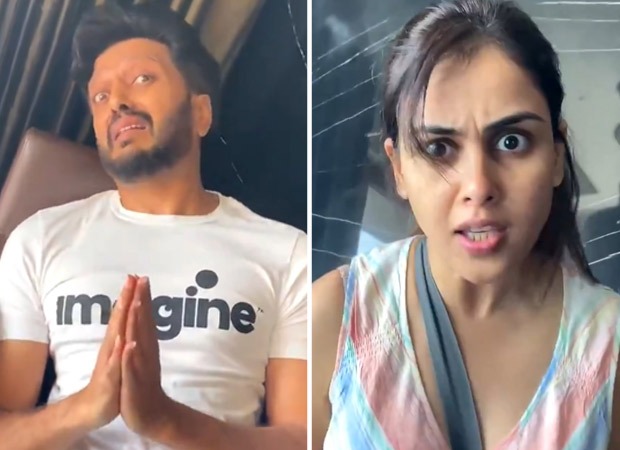 The video shared by Genelia starts with a viral video from an awards function where Riteish is seen talking to Preity while Genelia waits patiently for the two to finish their conversation. Riteish also kisses Preity's hand in the video while the camera focuses on Genelia's straight face expression.

While this viral video has been seen by many and has been used in funny meme videos, Genelia showed people what happened next. In the second half of the video, Genelia is seen punching Riteish as she begs for mercy.

Genelia captioned the video as, "Wanna know what happened back home?"

Genelia and Riteish Deshmukh tied the knot in 2012. The couple has two boys - Riaan and Rahyl.