It’s been an incredibly busy week for Richa Chadha. The actress has been constantly juggling between the shoot of her next film, brand commitments and even a short trip to Delhi to meet her parents before getting back to town. Before resuming work, Richa wanted to make time for her loved ones and decided to take a few days off work to fly down to London to be with boyfriend Ali Fazal . Ali has been stationed in London since September shooting for his next international Death in the Nile that starts Gal Gadot and Kenneth Branagh. 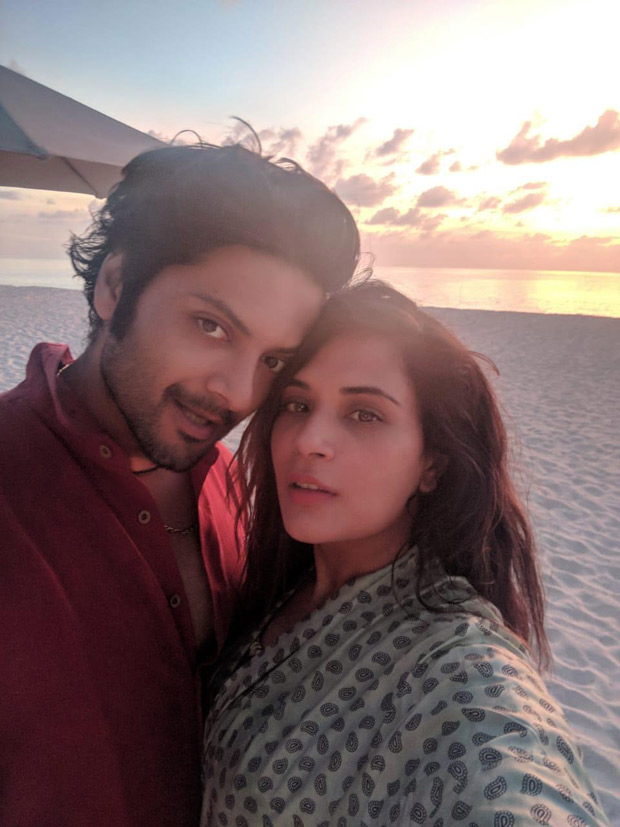 Richa hasn’t had much of a break after the release of Section 375. Immediately after the release of Section 375, she started preparing for her next with workshops, readings and trials. With whatever time that remains, Richa has been giving the finishing touches to the manuscript of her book which will be releasing by year end. Family time is sacrosanct for the actress so she planned her Diwali break in such a way that she spends a day with her parents in Delhi and make it in time to London to see Ali as well.

A source says, “Because Ali and Richa have such packed schedules, it leaves them little time to be around each other. This year itself, the two have constantly been on outdoor schedules. Ali was in Benaras shooting for the second season of Mirzapur. Richa was shooting in Lucknow for Abhi toh Party Shuru Hui Hai. But the couple make it a point to be around each other as much as possible. Ali won’t be back in India till December which is why Richa decided to pay him a visit.”

If anyone were to ask them how they make a long distance relationship like this work, they’d say with some love and a lot of video calling.