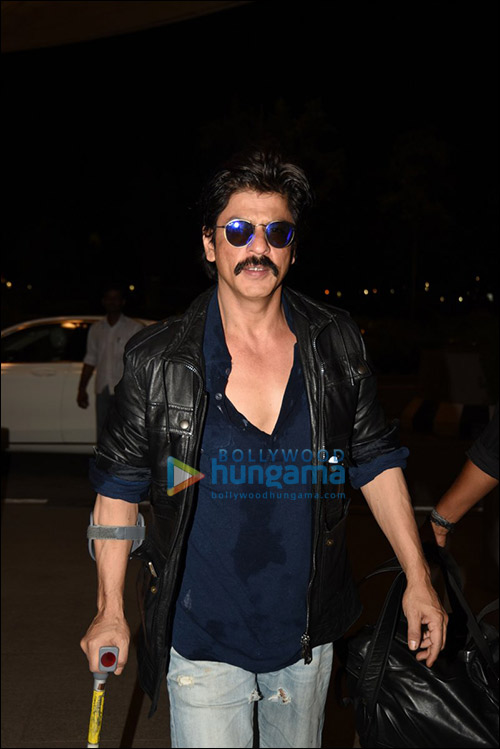 Actors often experiment with their looks for playing a particular character in the film and now, Shah Rukh Khan too seems to have joined the league. The actor will be sporting a completely new look for his upcoming film Raees.

Shah Rukh Khan, who will be seen playing the role of a gangster in the film, was spotted sporting a moustache recently. Currently, the actor has been simultaneously shooting for three films. He was seen at the airport in the Raees look, as he was about to board the flight to Bulgaria to wrap up the schedule of Rohit Shetty's directorial Dilwale. In fact, Shah Rukh Khan even took to Twitter to speak about it saying, "Battery died on trimmer so part of Raees still on face. Happy to c lil Hrithiks with their dad on way for a holiday." While the actor is known for his clean shaven look in romantic films, Shah Rukh Khan has sported a moustache in Paheli and has also sported a stubble look for Chak De! India.