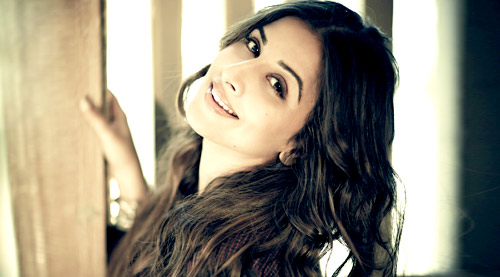 When it comes to playing a real woman, Vidya Balan has done it time and again. Right from Parineeta, which released exactly 10 years ago to No One Killed Jessica,

Paa, The Dirty Picture, Kahaani, Ishqiya - the list is really long. No wonder, when it comes to her playing Vasudha in Hamari Adhuri Kahani, all eyes are on how writer Mahesh Bhatt and

director Mohit Suri spin the tale this time around. After all, they are the masters in narrating an emotional roller coaster ride and with a capable actress like Vidya Balan in their fold, an out

and out heart rendering story is up for the offering in the form of Hamari Adhuri Kahani.

Very honestly, the driving factor for me to do the film was Bhatt saab writing a script after 14 years. It has been a long cherished dream for me to work with him. He gave up direction before I

stepped into films as an actress. He told me that he had a story in mind and if I like it, he wanted to develop it into a script. I just said to him that he could please go ahead as I was on in any

case. Later, when I heard the story, I realized that it is so beautiful.

What's so special about it?

Well, for starters, people would identify with it totally. It is so much in a realistic space. It deals with a mature intense relationship, just the kind you have seen in Silsila, Arth,

Aandhi. It in that zone and as it is in; these are some of my favorite films. I am very happy to have done Hamari Adhuri Kahani.

In fact it is one film which is, in true terms, an emotional roller coaster ride, isn't it?

That has to be since it is directed by Mohit. He knows how to bridge the gap between the old and contemporary world. He has the sensitivity of filmmakers of yesteryears while the way he presents

his films is contemporary. No one but he could have told this story.

The film is about finding love second time around. It must have been a task to bring such emotions on screen, when the protagonist has gone through a bad marriage?

I am sucker for love stories and that element comes with its ups and downs of the film's narrative. I enjoyed the entire film. The only challenging part was to believe that there are people like

Vasudha around us who have gone through so much in live and are in a relationship of dilemma. Perhaps there is some part of Vasudha in each one of us. How love sets you free forms the core of the