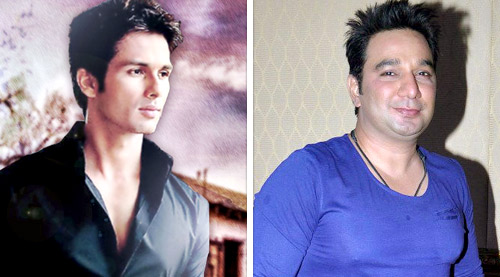 
Speaking on the string of romantic fiascoes in Shahid's life Ahmed says, "I've been a quiet witness to all of Shahid's relationships, from the first one with Hrishita Bhatt to the last. Shahid Kapoor was way too sensitive to be involved with women from within the entertainment industry."


Shahid apparently got hurt every time.


Says Ahmed, "Mira is the right girl for Shahid. She has a very calming effect on him. They met on a spiritual level at the satsang that Shahid religiously attends with his father (Pankaj Kapoor) in Delhi. From there it was only a matter of time before their bonding culminated in marriage."


Apparently, Shahid Kapoor kept changing the venue and date of the wedding thereby confusing the schedules of all his close friends.


"I am one of the victims of his confusing plans. Shahid wouldn't let even his father know his asli plans. The result is, I am unable to attend his wedding in Greece on the chosen day. I'm committed to shoot a song during that period and I can't get away. Aise bhi, destination wedding mein kya bonding ho sakta hai? I'd rather have my own private celebration with Shahid and our respective wives after he returns."


Apparently Shahid Kapoor has not taken Ahmed's RSVP too well.


Says Ahmed, "We are so close that we fight openly when we disagree. Yeah, Shahid is upset with me for not accepting his wedding invitation. I will manao him after he returns a happily married man from his wedding."