Last Updated 22.09.2021 | 4:22 PM IST
feedback language
follow us on
Bollywood Hungama » News » Bollywood Features News » REVEALED: This is the reason behind Jacqueline Fernandez hiding her face from the paparazzi!

Jacqueline Fernandez is all set to explore new roles and a new medium with Mrs. Serial Killer. The series marks the actress’ debut on the OTT platform Netflix and the actress can’t be more excited about taking over a role with grey shades. Amidst her work commitments, she left many curious recently when she was spotted in Versova, suburban Mumbai running away from paparazzi and hiding her face with a pink shawl. Needless to say, photos and videos of the same went viral but we finally found an answer for the reason behind the actress’ behaviour. 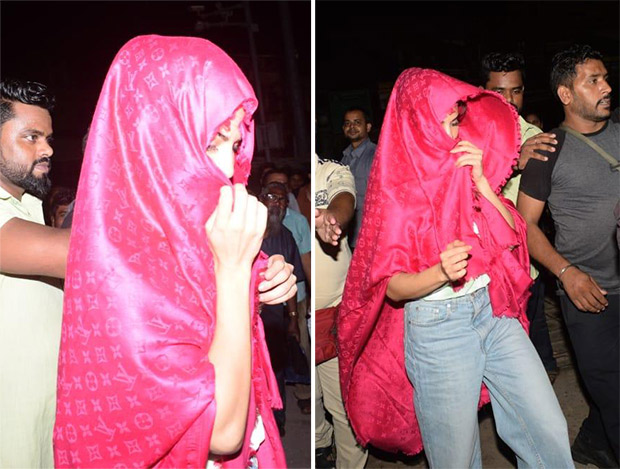 It seems that Jacqueline Fernandez was expected to take a private boat/jetty to cross over for work but the boat she was scheduled to go in, capsized. Considering the same, the actress decided to take the normal boat/ferry to travel and hence, she didn’t want to be recognized in the public area and decided to cover her face. But the paparazzi too found their way! Here’s a look at the video:

On the work front, besides Mrs. Serial Killer, Jacqueline Fernandez is awaiting the release of her much delayed Dharma Productions’ film Drive, directed by Tarun Mansukhani and co-starring Sushant Singh Rajput. The film is expected to be a remake of the Hollywood film by the same name that featured Ryan Gosling and Carrey Mulligan in lead roles. The details of its release date are yet to be announced. The actress is also expected to return with Salman Khan on the big screen with Kick 2 but the details of the same are under wraps as of now.