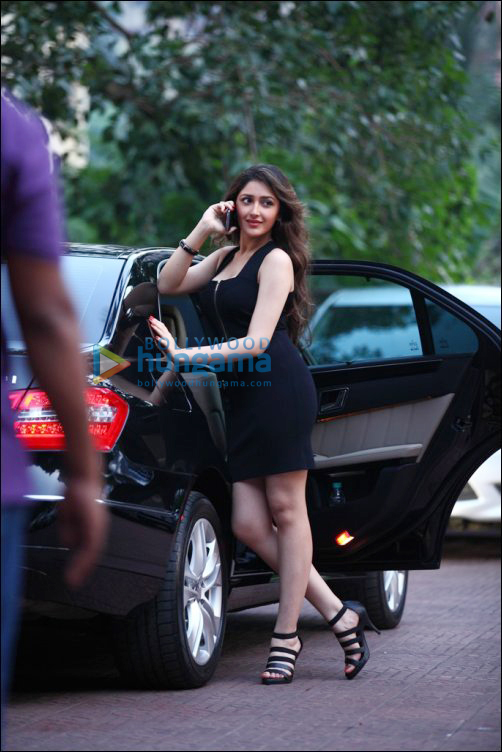 Ajay Devgn's next directorial venture is the hugely ambitious magnum opus Shivaay which is all set to release in January 2016. Devgn, who is also producing the film, wanted to keep his leading lady under wraps, and not reveal her identity till later, but despite valiant efforts to keep her hidden, the shutterbugs around the set managed to click the fresh debutante heroine while she was doing a photoshoot for the movie.

The lady in question is Sayesha, the grand-niece of Saira Banu and legendary actor Dilip Kumar, and the daughter of actress Shaheen (leading actress of the 90's). Sayesha has been cast as the leading lady opposite Ajay Devgn in his upcoming directorial venture Shivaay which will also see Devgn don the leading actors cap along with being the director and producer.

We hear that many actresses from B-Town were eyeing for this very role seeing the scale of the film, but after several round of auditions Sayesha was selected, and when she met Ajay Devgn, he zeroed down on her as she fitted the role perfectly.