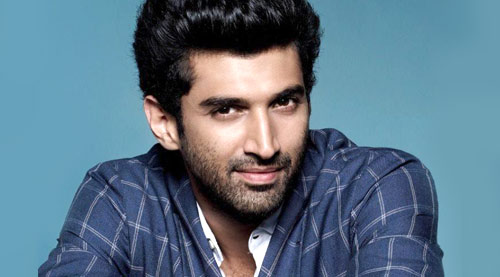 Daawat-e-Ishq has released and Aditya Roy Kapur - who has won some good acclaim for the film - is now going back to the drawing board and preparing for Fitoor, which goes on floors early next year. Meanwhile, he also promises that just like the Yash Raj affair, even his film with Abhishek Kapoor would be different from Aashiqui 2 and Yeh Jawaani Hai Deewani, not just in terms of his look and characterization but even overall presentation.

Considering the fact that stars are usually known to be following the formula that has worked for them, he is isn't shying away from trying out different things.

"That's the key," smiles Aditya, "If I would have accepted a serious kind of role after Yeh Jawaani Hai Deewani and Aashiqui 2 then it would have been little monotonous for me as an actor. Most importantly, I think that it's important to move away from your comfort zone, do different things, lead a different life and come back and approach those same emotions with a new dimension and angle. It's nice as an actor to go from happy to sad or comedy to thriller. It's nice to keep bouncing on these different emotions."

As for Daawat-e-Ishq, he adds, "The film was a challenge; it's not a world that I knew of. I wanted to experiment and the script allowed me that."

With most of his peers (read: Ranveer Singh, Arjun Kapoor, Sidharth Malhotra, Varun Dhawan, Sushant Singh Rajput, Tiger Shroff) either entering the 100 crore club or fast reaching towards that, isn't he too setting his eye on one as a solo lead?

"I don't think that this 100 crore club is something that I can keep feeling crazy about. I feel Aashiqui 2 was once in a lifetime experience for everyone involved, whether it was the director, actors or the crew. At the end of the day you just want your film to do well so that people keep hiring you. That should keep one going, isn't it," chuckles Aditya before signing off.