While Ranveer Singh generally manages to keep his whereabouts under wraps, we have an exclusive picture and information that he is definitely up to something very interesting. Ranveer was spotted at a suburban studio shooting for a secret project. He was dressed in all black, his swagger in top form and was also sporting a really funky contact lens! 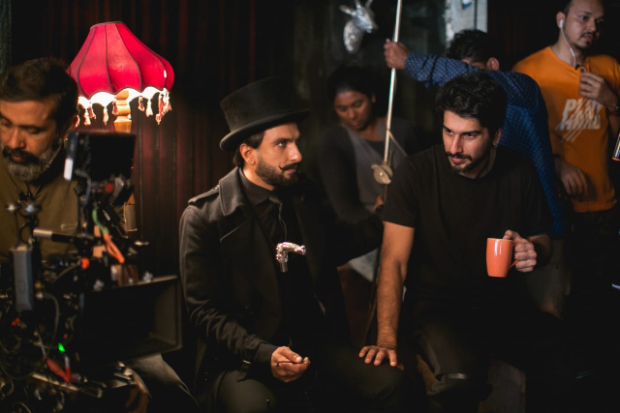 Now, while we aren’t sure what he was shooting for, we have the information that it is a top-secret project will be announced soon! Also, in the picture is his friend and film-maker Navzar Eranee, who clearly seems to be directing him. What is Ranveer really up to? We all know that he is prepping for '83 so what’s this project that he took time out to shoot?

Sources inform that this is definitely not a commercial and that Ranveer Singh will himself announce this project that he has been passionately working on for over a year. We just can’t wait for this announcement to happen!

Meanwhile, on the work front, Ranveer Singh is currently prepping for Kabir Khan's '83. The film will be a biopic on Indian Cricket Team's World Cup win in 1983. The actor is set to play the role of former Captain, Kapil Dev. '83 will go on floor in April 2019.

BTS singer V gives a spoiler of his original…

"I have always felt that I actually lived…

BTS and Bollywood edits are winning the…