Zoya Akhtar's Gully Boy starring Ranveer Singh has been continuing to rule the nation even more than a month after its release. The latest exhibition of the Gully fever was witnessed as ace cricketer Rohit Sharma shared a heartwarming video of his daughter Samaira as he turned into a rapper for her. 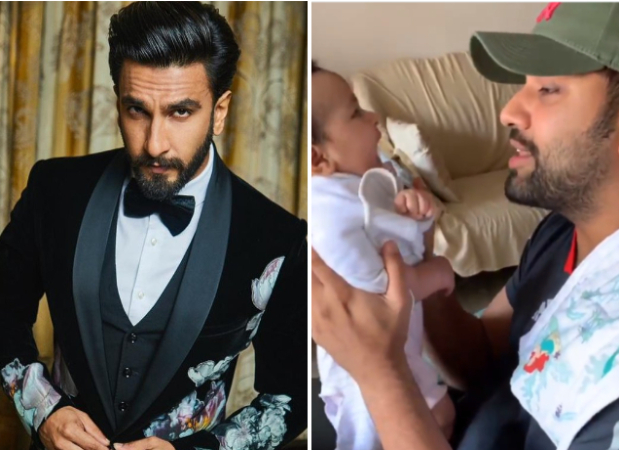 Struck by the rage of Gully Boy, Rohit Sharma also unraveled the rapper in him as he raps 'Asli Hip Hop' from Gully Boy for his daughter. Sharing the video on his social media, Rohit Sharma said, "We all have a little bit of gully in us". Ranveer Singh, who saw the video, could not hold his excitement and called the video, the best thing on the internet. "OHO ROHIT BHAI! EK NUMBER! #bestthingiveseenonthenet," he wrote.

Producer Farhan Akhtar too loved the video and responded to it.

Gripping the nation with the invincible magic of her film, Zoya Akhtar has emerged indomitable at the box office. With hard-hitting lyrics and foot tapping music, the jukebox of the film has captivated the masses.

Tracing the journey of Murad, Gully Boy is inspired by real-life underground rappers Divine and Naezy, showcasing the journey of a boy living in slums to a rapper. Produced by Ritesh Sidhwani and Farhan Akhtar's Excel Entertainment along with Zoya Akhtar's Tiger Baby, Gully Boy is directed by Zoya Akhtar. The film released in February and has been enjoying a victorious run at the box office.