Filmfare Awards 2019 are all set to the biggest awards night of the year as many celebrities are set to make an appearance and perform. Amongst the many stars, Ranveer Singh is one of the stars who will enthrall the audience with his performance. 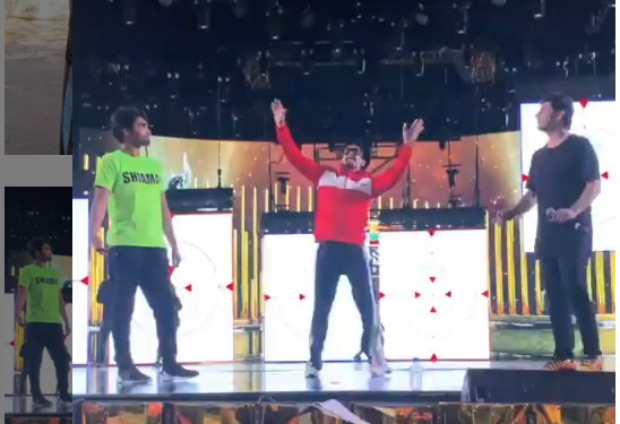 Ranveer Singh, on Thursday, was seen at the venue doing the stage rehearsals. Dressed in athleisure wear, the actor was dancing on 'Ainvayi Ainvayi' song from his debut film Band Baaja Baaraat. Being of the bankable stars, Ranveer Singh is soaring high with his recent successes. It seems like the actor is set to perform on a medley of his hit songs.

Kriti Sanon, who is also one of the performers, shared a video of him during the technical rehearsals and captioned it, "Look who is rehearsing on my fav song #ainvayi @ranveersingh."

On the work front, Ranveer Singh will soon begin shooting for Kabir Khan directorial, '83. The film will retell the story of India's World Cup win in 1983. Ranveer will be essaying the role of Kapil Dev, former Indian Cricket Team Captain.

ALSO READ: Power couple Ranveer Singh and Deepika Padukone come together to endorse a brand and here are the details!