Kangana Ranaut does not have an account on social media, but her sister Rangoli Chandel almost always gets caught up in a controversy for speaking up her mind through social media. Rangoli never shies away from expressing her thoughts and opinions on social media. 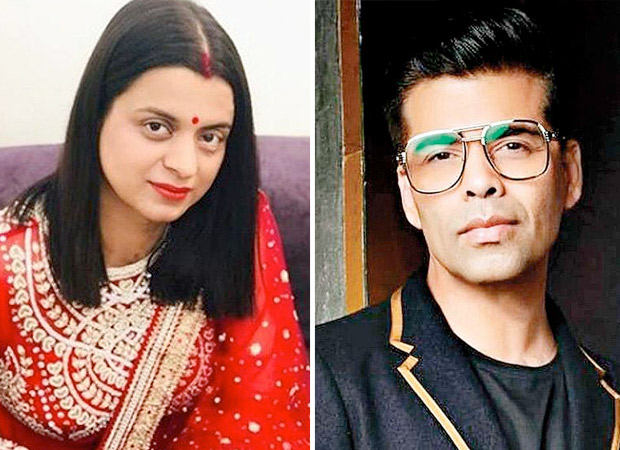 Of late, while conversing with some social media users who were talking about calling Rama a myth and making some derogatory comments on the epic Ramayana, Rangoli took a dig at Karan Johar's upcoming period drama, Takht. Through her tweet, she expressed how KJo will tweak the period film to add more masala and will play with facts of history.

She wrote, “And now not surprisingly our dear Karan Johar is making a film on this cruel bloodline, he will depict Aurangzeb cruelty through his abs and sexual relationships ????."

She further went on to suggest that authorities must ask for scripts first before the filmmakers could start working on it. "These dumb filmmakers need to be stopped from sexual depiction of historic characters, before they start their crying drama and claim that democracy is dead and bring international shame to the nation, I request authorities to ask them to submit their scripts ????."

Also Read: All is now well between Sonam Kapoor and Kangana Ranaut, this photo is proof