Kriti Sanon is one of the rising stars of Bollywood and it is amazing how she has grown from strength to strength. Continuing her winning streak, her latest film Luka Chuppi which released recently was a HIT. She will be now seen as a Marathi Mulgi in Panipat starring Arjun Kapoor. She recently had a freewheeling chat with Bollywood Hungama about her movies and what she wants to do in future. 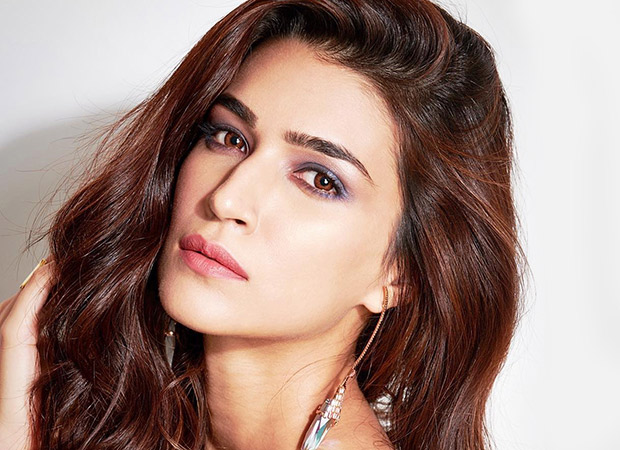 She was asked if she ever wanted to work with Ranbir Kapoor and her answer was extremely obvious! Which actor does not want to work with Ranbir Kapoor? She waxed lyrical about the Brahmastra star and said, “I think he is brilliant as an actor. He is someone who has got really expressive eyes. He is someone who ……I don’t know, it is like he feels something and you can see it in his eyes without even saying a word you know and I think that’s great. I think he is one person when he dances; he also dances from his face. So when I saw that song ‘Ghagra’ and ‘Dilliwali Girlfriend’ I thought he is the male Madhuri Dixit when it comes to expressions while dancing. So I really love him as an actor and I really want to work with him but nothing as of now has come to me with him.”

Ranbir sure will be flushed after he hears this compliment from a talented star like Kriti. Ranbir is currently working on Shamshera with Vaani Kapoor and was seen last night with his girlfriend Alia Bhatt at the Zee Cine Awards 2019.