Akshay Kumar is all set and raring to go with Karan Johar’s Kesari. There are a lot of expectations from the movie since it is a festival release and will ignite a lot of patriotic feels. The trailer has garnered a lot of buzz overall. In an exclusive interview with Bollywood Hungama, he spoke about Aarav entering Bollywood, his film and well, his best friend too! Akshay was asked to name a person after a term and here is what his response was to Yaaron Ka Yaar phrase. Akshay immediately responded with, “John Abraham”. It is interesting that he took John name after reports of a tiff between them. Fans would be happy hearing this, undoubtedly! 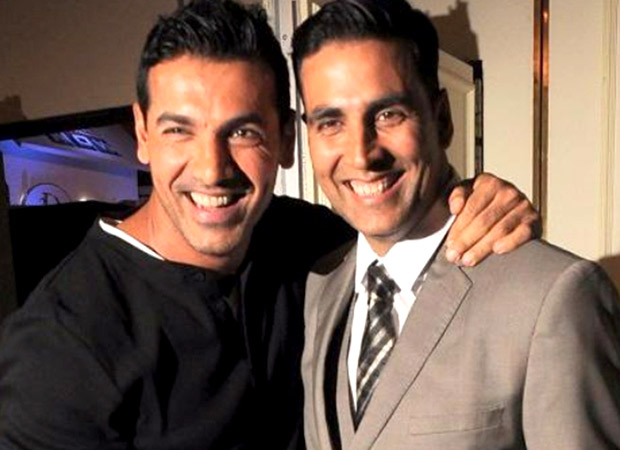 For the term, ‘Drama Queen’ he did not say anything but Parineeti Chopra interjected in between and said, “Mai khud hi bolne wali thi ki boldo, Sir boldo mera nam…. Mai hi hoon (I was going to ask you to say my name only, sir!”) Well, after this confession Akshay laughed and said her name.

Akshay’s last film was 2.0 which did pretty decent business at the box office. He will be seen in Good News with Kareena Kapoor Khan, Mission Mangal and Housefull 4!

Also Read: Jacqueline Fernandez roped in to be Akshay Kumar’s ladylove in Sooryavanshi