They took the world by surprise when photos of their Tuscany wedding came online! Even though there were many reports about their relationship and their wedding, we hardly heard Anushka Sharma or Virat Kohli talk about it. The wedding, besides being a dream wedding, was of a dream couple from Bollywood and cricket. And it seems, amidst the many Virushka fans, we found one in De De Pyaar De actress Rakul Preet Singh too. 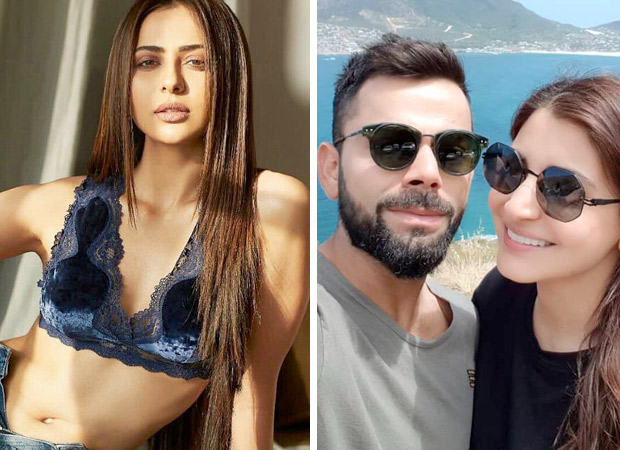 In the midst of promoting her recent release De De Pyaar De, Rakul Preet Singh spoke exclusively to Bollywood Hungama where she spoke about her love for Anushka Sharma and Virat Kohli. In the Rapid Fire segment, when the actress was asked who she would ask relationship advice to, she immediately took Anushka and Virat’s name adding that she idolizes them. She said, “That is the kind of relationship that I idolize. I am a true believer of love. I find that to be an ideal relationship and it is a power couple!”

Well, Virushka fans would definitely be rejoicing this moment. Readers would be aware that after dating for a few years, Anushka Sharma and Virat Kohli tied the knot in a traditional Indian wedding in 2017 in Tuscany, Italy. Their wedding was a hush-hush private affair with close friends and family. While the media didn’t get a glimpse of it until the couple started posting details on social media, the said celebrity couple also hosted a few receptions for their colleagues from their respective fields and other friends and relatives.

Speaking about Rakul Preet Singh, riding high on the success of De De Pyaar De, the actress has another interesting release in Bollywood this year with Marjaavaan. The film sees her reunite with her Aiyaary co-actor Sidharth Malhotra and also stars Riteish Deshmukh and Tara Sutaria in lead roles. The film, directed by Milap Zaveri, is expected to release on October 2 this year.

Also Read: Rakul Preet Singh wants this SOUTH film of hers to be remade in Bollywood!