For Sanjay Dutt, family always comes first. At multiple occasions, Sanjay Dutt is seen with his family for vacations and he never misses out on any occasion to celebrate with his family. It happens to be Sanjay Dutt's father Sunil Dutt's death anniversary and the actor took to his social media handle to share a heartfelt picture with his family from the childhood captioning, "The pillars of our family! I miss you Mom & Dad ♥". 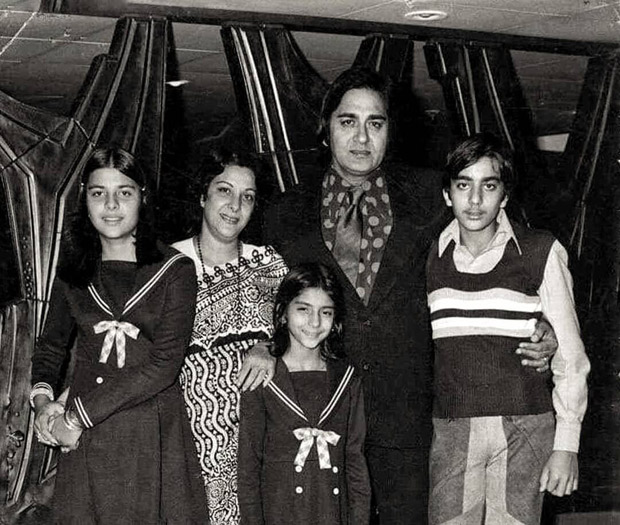 The actor missed valuable moments of his life while he was away to serve his term so now he makes it a point that even with his hectic schedule and shooting for multiple projects simultaneously, he takes out time for his children and family while never giving any occasion a miss.

With Sanjay Dutt's line up of films, the actor is away from the family for the outdoor shoots for long schedules but he makes sure that he is still there for his children. He calls them every day and speaks to them in the morning before they go to school and before they sleep. The actors' children also visit when he is away for a long time.

Back on the film front, Sanjay Dutt was last seen in Kalank, following this the actor will has multiple films lined up, like Shamshera, Panipat, Bhuj: The Pride of India, Prasthanam, Sadak 2 amongst others make a list of his upcoming films.