Last Updated 15.08.2022 | 2:02 PM IST
feedback language
follow us on
Bollywood Hungama » News » Bollywood Features News » Woah! Can you spot Jacqueline Fernandez in these pictures after she disguised herself in Nainital?

Entering the new zone of web, Jacqueline Fernandez, who was last seen in Race 3, announced her next film, Mrs. Serial Killer. The actress, who is expected to begin work on the same, decided to do a little adventure post her shoot, by visiting Nainital market with her friends. 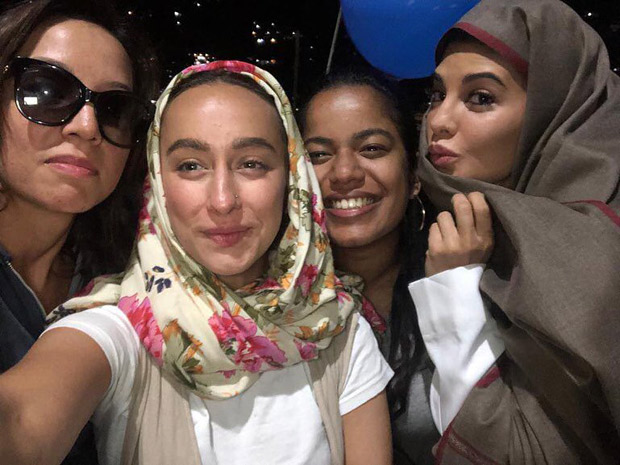 Woah! Can you spot Jacqueline Fernandez in these pictures after she disguised herself in Nainital?

Jacqueline Fernandez took to her Instagram account to share a series of video of the same. She revealed in the caption that they had come to the place just to have some momos. In the video, the actress can be seen in disguise with a scarf as she along with her friends visited Nainital market.

Speaking of her next venture, the actress is all set to play the role of a serial killer in her first OTT project and the fans are going gaga over this announcement. After playing many grey roles, this time around Jacqueline is expected to essay the role of a murderer. While she already has her film with Sushant Singh Rajput titled Drive which is yet to release, she is expected to play the leading lady opposite Salman Khan in Kick 2.

A little MoMo adventure in Nainital ???????? with these cuties!! #postshootmuchies