Priyanka Chopra Jonas’ autobiography Unfinished has been making news since its announcement. Now that the book is out, Priyanka Chopra Jonas has revealed everything about her career in the said book and it also includes some of the horrors of being in the industry. The actress is known to keep her stance and is one of the most opinionated ones managed to go global in no time with her dedication and hard work. In her recent conversation with Shobha De at the Jaipur Literature Festival, Priyanka Chopra Jonas discussed her book Unfinished in detail and spoke about how she never had to rely on her male co-actors to elevate her career. 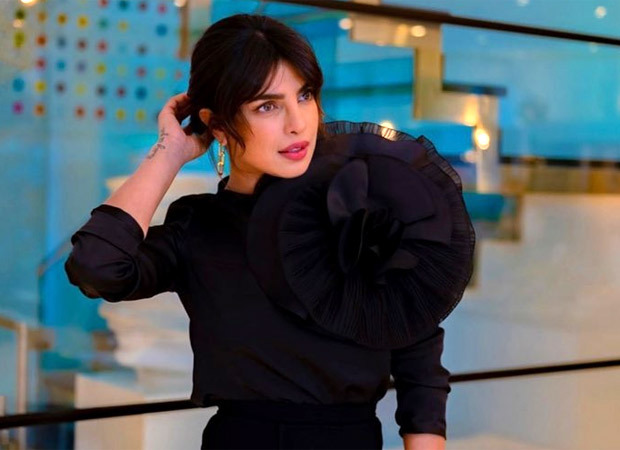 Priyanka highlighted the fact that the 11 chapters of her book sum up her life so far perfectly. She said, “I am never defined by my work, which is why I have the ability to do multiple things. I never believed that if my next film doesn’t do well, or if I don’t get the leading part in a movie, my career is over. I have never ever felt that. I was raised with enough confidence to know that I can pivot into anything else. I can choose to do anything I want. My career has never depended on my co-actors. I have never needed to do a movie with a particular hero or a particular guy for my career to go forward. I have chosen various kinds of films, various kinds of parts -- big parts, small parts, big directors, small directors, indie movies, nongenre films. My journey is very individual to my choice and moods at that point.”

Priyanka Chopra Jonas, who made it big in Hollywood as well, was completely okay at introducing herself at parties because she was open to experimenting and trying new things at that point. Being one of the most coveted names in Bollywood, Priyanka Chopra Jonas says she swallowed the pill of humility and auditioned for roles that eventually landed her as the lead in Quantico. There was certainly no looking back for her from there.

Recalling the days, Priyanka said, “I was okay to swallow the pill of humility because it was my choice to go into a completely new continent and industry and start all over again. And I was okay to try that at that point. I was seeking and craving change and evolution.” She also spoke about how females were treated in the early 2000s when she started her career.

Being a part of the male-dominated industry, Priyanka has shattered the glass ceilings, and how! She said, “It was very normalised that girls were replaceable, movies were dictated by male leads and who they fancied and that was a reality at that point. Girls of my generation have created a change. You are seeing leading ladies that are married, closer to the age of their co-actors, who are producers, who are creating their own content.”