Priyanka Chopra is balancing her life between Bollywood and Hollywood and successfully producing regional movies in India. Last year in May, it was revealed that actress was planning to dive into the digital platform for a special travel show project. As many big stars including Dwayne Johnson and Will Smith have ventured into Youtube, Priyanka Chopra too is making her way to the platform. 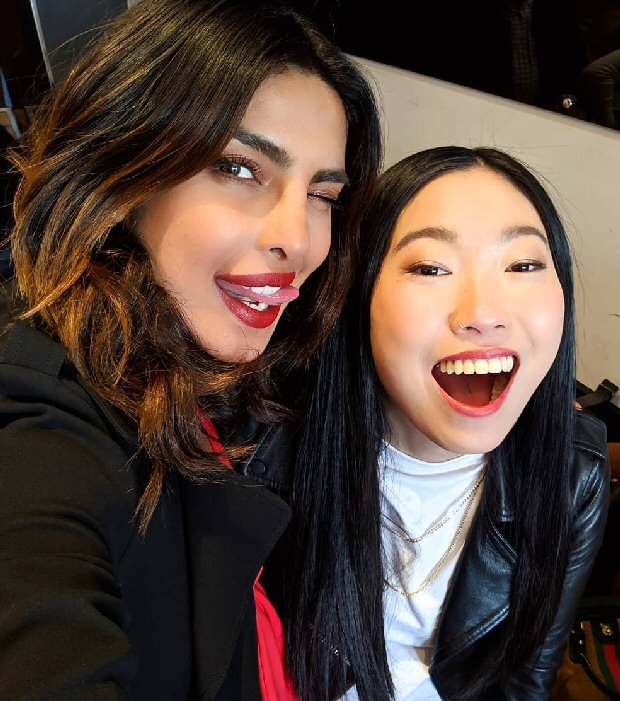 As the prep and shooting for the Youtube travel series has begun, Priyanka Chopra has got yet another guest on her show. After shooting with Olympic winner Simone Biles, she filmed an episode with Crazy Rich Asians star Awkwafina aka Nora Lum. She is an American rapper and actress who has released two studio albums and has starred in last year's two big films - Ocean's 8 and Crazy Rich Asians. Sharing a selfie with her, Priyanka wrote, "Doing K-town with @awkwafina. the only way to do it!!"

A couple of days ago, she announced her Youtube Original If I Could Tell You Just One Thing. “With this #10yearchallenge taking over the internet, it's got me thinking about the past ten years of my life, like probably all of you. So much has changed! Not just my hair or my clothes (or my husband!), but in how I see the world. How I understand myself. In these 10 years, with everything I’ve done, I realized that it’s my curiosity in others that has led me to grow into who I am today. So I decided to feed my curiosity by starting a journey where I will meet some extraordinary people. I am a lifelong learner and I am always seeking inspiration. Help me navigate my way through this journey as I ask my peers, role models, and friends -- #JustOneThing,” Priyanka wrote on her Instagram.

This will be a Youtube series where Priyanka will travel across the globe. She will be meeting and asking advice from some of the most inspirational actors, politicians, religious leaders, and environmentalists about changing the world. It will be very interesting for PeeCee fans to see her in an all-new way as a host.