Bollywood truly is a funny industry. It is a small world out here where fates of actors change every Friday and their interpersonal dynamics too shift rapidly. Shahid Kapoor who has dated Kareena Kapoor Khan in the past had an interesting anecdote to share about her big sister, Karisma Kapoor. He was being interviewed for the Famously Filmfare show where he recalled a rather fascinating incident from the time he was just starting out in the industry. Shahid was a background dancer as a part of Shaimak Davar’s dance troupe and was one of the dancers in Karisma Kapoor’s song ‘Le Gai Le Gai’ from Dil Toh Pagal Hain. Apparently, he was slightly off beat, and he blamed his hair cut for the same. Because of this, Karisma had to do 15 retakes and she noticed him after she got to know that it was because of him that this happened! 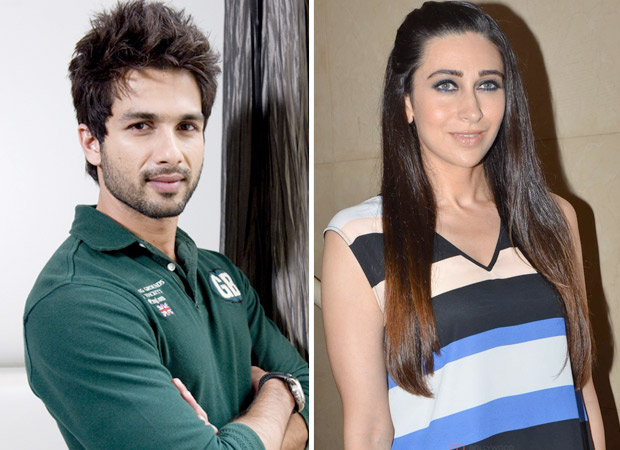 Shahid said, “There was one guy who was slightly offbeat. I swear, with really big hair on his head, that’s me. I remember I won’t call her Karisma because that time she was Karisma Kapoor, had to do 15 retakes because of me. And, once she turned back and said ye kaun hai? Kaun Hai Ye? And, I was like hiding myself and saying main nahi hoon, main nahi hoon. I had just joined Shyamak Davar and my hair used to settle down half a beat after I settled down. So, it was actually not my fault. It was just the length of my hair.”

Shahid Kapoor is all set to impress us with his portrayal of Kabir Singh in the Arjun Reddy biopic. He will be romancing Kiara Advani in the film.

Also Read: Shahid Kapoor confesses about stress with Ranveer Singh during Padmaavat, but still wants to work with him again