There was time when ads and commercials used to be quite legendary. 90s kids, who were called the television generation, tripped over these advertisements. There were some brands that probably became iconic because of these commercials and one such brand was the cola drink Pepsi. Roping in some of the biggest celebrities, the ads of Pepsi remains to be iconic and looks like Preity Zinta thinks of it in the same way. Preity Zinta, who once featured in multiple ads of Pepsi, shared a series of them in a throwback video on Instagram which also featured Fardeen Khan and the current B-town power couple Kareena Kapoor Khan and Saif Ali Khan. 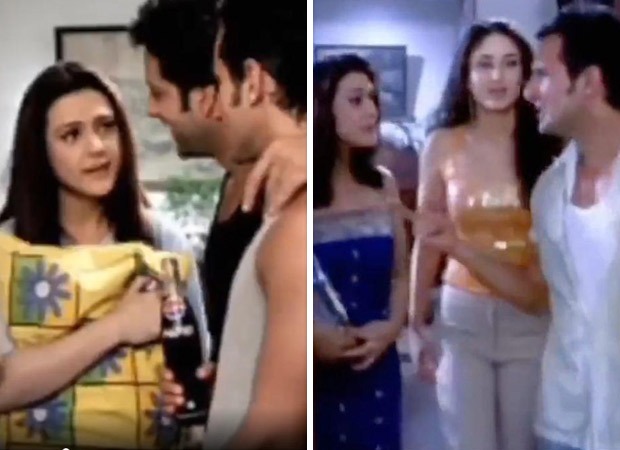 Few would be aware that Preity Zinta, Fardeen Khan, Kareena Kapoor Khan and Saif Ali Khan featured in a series of 2003 commercials for the cola brand Pepsi. The ads featured in the form of series where the boys and girls play neighbors to each other as they keep outwitting each other for Pepsi. The fun series of ads turned to be iconic and is considered to be one of the most popular commercials even today. Preity Zinta took us all down the memory lane by sharing the set of ads on her Instagram recently and captioned it saying, “Major Throwback to some fun times and masti with @kareenakapoorkhan #Saif #Fardeen #throwbackmemories”.

Speaking about the current works of the actors, while Preity Zinta is enjoying her me time with husband Pete Goodenough and also runs a production house, Fardeen Khan will be making a comeback into Bollywood after a hiatus. The power couple, Kareena Kapoor Khan and Saif Ali Khan, who are now also parents to two kids – Taimur Ali Khan and Jeh, have multiple Bollywood films in hand and are busy fulfilling their work commitments.