Last Updated 20.08.2022 | 9:32 AM IST
feedback language
follow us on
Bollywood Hungama » News » Bollywood Features News » Onir reveals that Pritam behaved in an UNPROFESSIONAL manner while working on the music of Bas Ek Pal: “He had cancelled the recording saying he was ill, but he was actually recording for a YRF film”

Last month, the acclaimed filmmaker Onir released his memoir, titled 'I Am Onir & I Am Gay'. Co-written by his sister Irene Dhar Malik, the book throws light on several aspects and episodes of his professional career and the bond that he forged with artists in the industry. One such bond that he talks about briefly is the one that he had with music director Pritam Chakraborty. 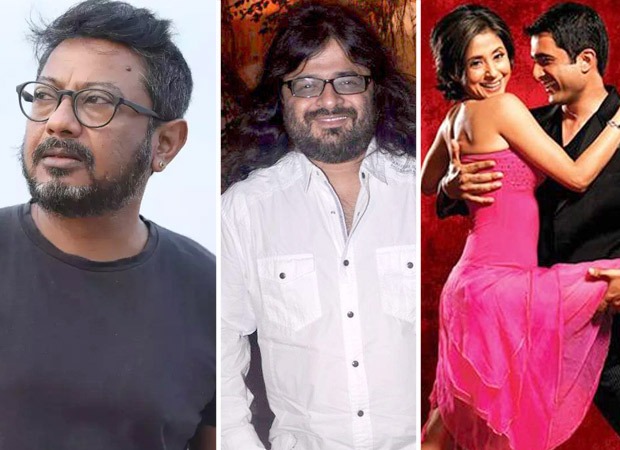 Onir reveals that Pritam behaved in an UNPROFESSIONAL manner while working on the music of Bas Ek Pal: “He had cancelled the recording saying he was ill, but he was actually recording for a YRF film”

Onir revealed that he met Pritam in the early 90s at the Film and Television Institute of India (FTII), Pune, where Irene was studying. Once the siblings moved to a flat in Chium Village, Mumbai in 1994, a lot of FTII friends visited them, including Pritam. During one of their meetings in the house, Pritam had sung the song 'Alvida Alvida Ab Kehna Aur Kya'. The music composer promised Onir that he'll let him use the song someday.

Onir then narrated that he, Pritam Chakraborty and their friend named Sumit Dasgupta had planchette sessions several times in his house. Once, a 'spirit' of a murdered sex worker 'appeared'. She predicted that things would go wrong with Pritam's upcoming Calcutta trip and that he would reach his destination 24 hours late. Onir then shocked readers as he wrote that as predicted, the train which was supposed to arrive at Dadar railway station at 6 am came at 4 pm. During the journey, Pritam's new Nike shoes were stolen. The train got diverted due to an accident and reached Calcutta only the next day, that is, nearly 24 hours late!

The other incident that Onir mentioned in the book is when he signed Pritam Chakraborty for his second directorial venture, Bas Ek Pal (2006), starring Sanjay Suri, Jimmy Sheirgill, Juhi Chawla and Urmila Matondkar. The music director composed the song 'Hai Ishq', sung by KK and Sunidhi Chauhan. The second song was 'Alvida Alvida', which Pritam had promised to give him. Onir stated that he wanted the audio of the second song to be ready as he had to shoot the song. Sadly, Pritam would keep cancelling dates, citing some excuse or the other.

Onir wrote, "On one of the days that he had cancelled the recording saying he was ill, my producer (Shaailesh R Singh) told me that he was actually recording at YRF Studio for one of their productions"! Pritam Chakraborty, in his defence, said that Onir had misunderstood. However, the filmmaker was hurt though he also penned that he is happy that he was doing bigger productions and that he ultimately achieved incredible success.

Meanwhile, music director Mithoon came on board. He was just 19 years old and he composed the title song as well as 'Tere Bin'. The latter was sung by Atif Aslam and became one of the biggest hits of that year.

Despite the aforementioned episode, Onir kept in touch with Pritam. He reveals, "I am looking forward to working with Pritam again for my upcoming film We Are". He also made it clear that there was no bitterness and that he comes for all his film screenings. Their mothers are also close friends.

Also Read: “People would often stare at Raima Sen maybe because of the neckline of her outfit. She would fling herself all over me and exclaim, ‘In pe nazar mat daalo, yeh mera hai'” – Onir