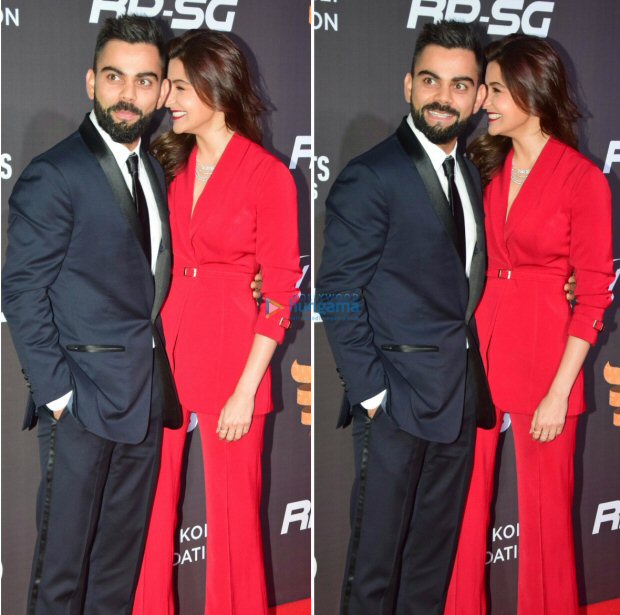 Bollywood and cricket have always had a mutual love going on. Celebrities from these two fields often have ended up together. In the recent times, Indian Cricket Captain Virat Kohli and Anushka Sharma have become one such power couple who are no longer shying away from their appearances together or showing off their love for each other. 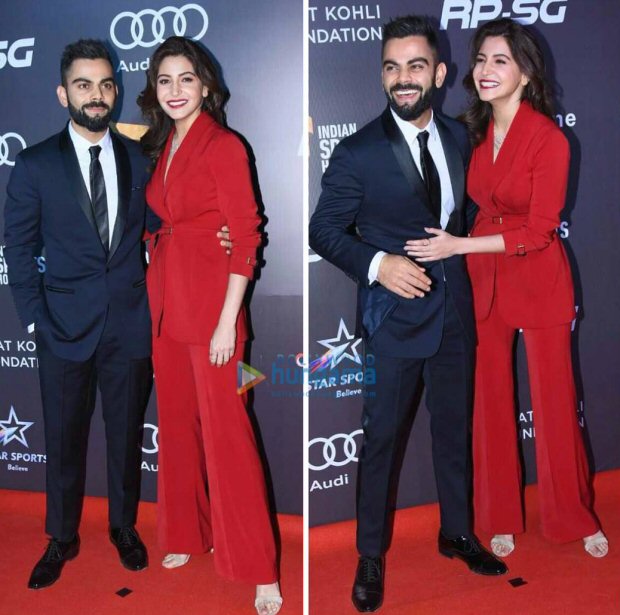 Time and again, Virat Kohli has expressed his love for Anushka Sharma via social media posts or through his interviews. So, when it came to making red carpet appearances together, the couple definitely knows how to grab everyone's attention.

On Saturday night, Virat Kohli and Anushka Sharma walked hand-in-hand at the Indian Sports Honours 2017. Their candid moments on the red carpet stole the limelight. The two of them could not stop smiling and looked very much in love. 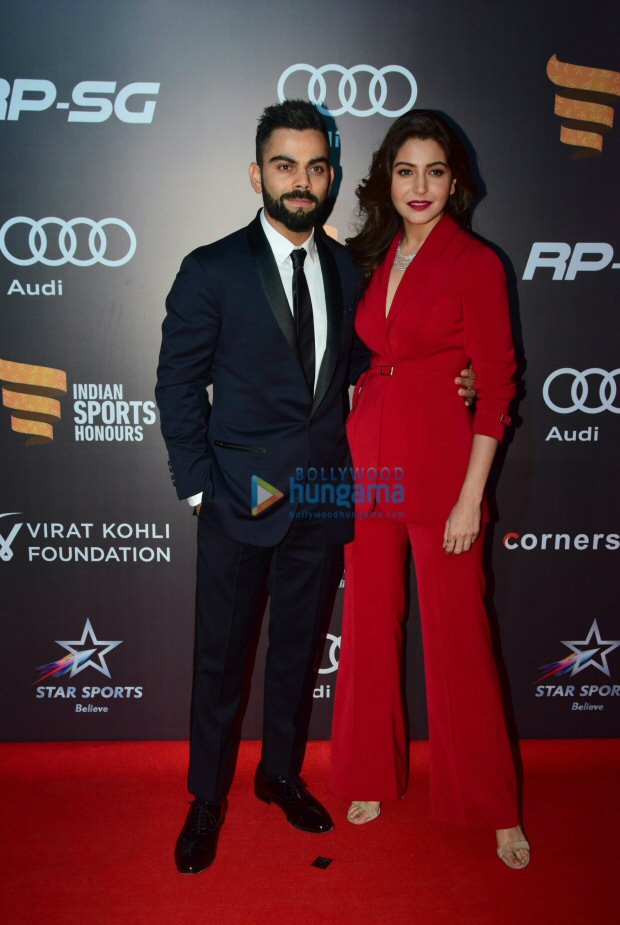 For the event, Anushka looked every bit of a boss lady in a backless red pantsuit by designer Nikhil Thampi. She paired up the designer suit with a red belt, statement diamond necklace Anmoli jewellers. She rounded her look by sporting red lips, soft curls, and nude heels. Virat Kohli, too, looked sharp and dapper in a navy-blue suit with matching tie. 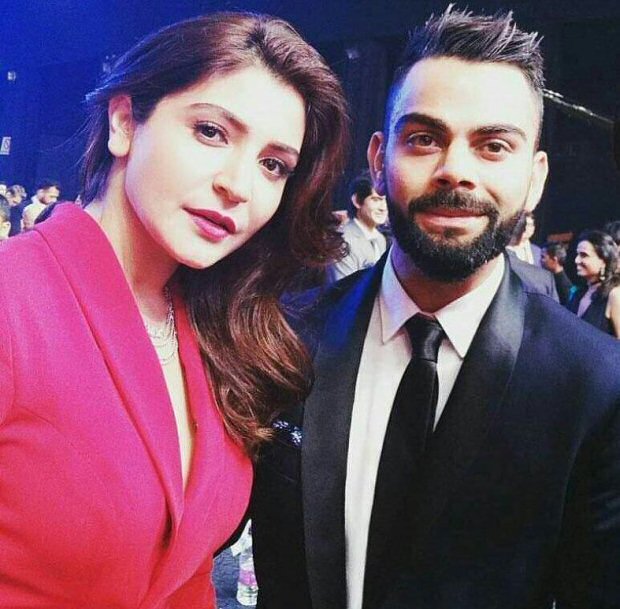 On the work front, Anushka Sharma will soon start shooting for Aanand L. Rai’s film starring Shah Rukh Khan and Katrina Kaif. She is also starring in her third production, Pari and has completed the first schedule of the same. Besides this, she has a cameo in Sanjay Dutt biopic. She is also starring YRF‘s Sui Dhaaga– Made in India with Varun Dhawan.