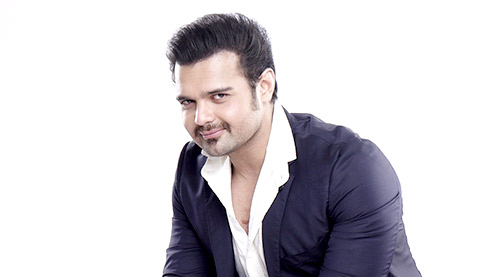 Seven years in the industry and Mahaakshay (Mimoh) Chakraborty has had a roller coaster ride in Bollywood. Though it had seemed that curtains were down for him after Jimmy (2008), he struck back in a major way with a clean hit, Haunted (2011). Just when it seemed that he was set to consolidate on the platform provided to him, a couple of disappointments (Loot, Enemmy) pegged him back. Instead of getting panicky, Mahaakshay took a wise step of waiting instead and pick up that one film which would bring him back in the reckoning. With Ishqedarriyaan, he is now ready to debut in a romantic avtar.

Your last film was around two years ago (Enemmy) and unfortunately it couldn't get a good release. That must have been most disappointing since people couldn't even see what the film was about?

Definitely every setback in life is heartbreaking. The question is, whether I sit in the past, look back and be disappointed, or move ahead? After being hurt, you can't just sit in the room and wait for someone to save you. Instead, you have to be your own savior. Yes, I was a little bit taken up but then I thought that chalo, let's clean up and wipe off the dust. Life is a struggle and I wanted to make it beautiful.

So amongst different scripts that may have come your way over the years, what was it about Ishqedarriyaan that impressed you the most?

It was the simplicity of the film that caught my eye. If you see the hit ratio in Bollywood, simpler a film better is the outcome. Tanu Weds Manu, Queen, Dum Laga Ke Haisha and now Piku - every film is very simple in its roots. The authenticity of each of them has been Indian and grounded. A few days back I went to 10-15 city tour for Ishqedarriyaan. In the interiors, I actually saw that the real India is still so simple. People are still shy to talk about love or to make eye contact. We may have designer clothes coming but still, real India is not that. This is what the film is about, which is about unconditional love where the girl and the boy don't tell each other that they are in love. The film strikes the right chord.

From the very title itself, Ishqedarriyaan, the film gives an impression of something pure and beautiful.

You have got it absolutely right. Also, the title is intriguing as people do ask that what's the meaning of the title. It means 'pyaar ki rishtedarriyaan'. It is about relationships of love. It is an out and out love story, which is very beautiful and simple. It is about what happens to people when they fall in love. I am also a part of this generation which is on WhatsApp where just ek smiley bhejne se pyaar ka izhaar ho jaata hai. If you see unconditional love then it is also very much unsaid. It is very quiet. It is like I am in love but I won't tell you and instead put my life at stake. That is the core of the film.

Your leading lady in the film is Evelyn Sharma who has played quite a few naughty roles in the past (Main Tera Hero, Yeh Jawaani Hai Deewani). With Ishqedarriyaan, she has turned into an out and out romantic heroine here. Did that ever play in your mind?

No, and that's because it was not awkward for her. It was a different approach for her. See, we are actors and are doing a daily job. We are needed to put on a mask and how well do we put on a mask is the real question. In the film, we were completely into the character. We became friends when we were in the film and this is what really brought the best out of us.

Since for both of you the film is a different world, how did you work on getting the entire body language, facial expressions and mannerisms changed?

As an actor you need to be ready for anything. We did a lot of preparation for the film. Whether the look, the clothes, the back story, the locations where we shot or on-set workshops - we did it all. We used to create different scenarios on how we would react in certain situations. Our director V.K. Prakash used to sit with us and guide us throughout. I do believe that a director should be an actor's director, and he is one of those who take the best out of you. In fact he doesn't go to the next take till he gets it right. It is solely because of him that the performances have come out well. He would be praised and appreciated by all.