Superstar Aamir Khan posted a picture of his entire family from Dharamshala, where they are celebrating the 85th birthday of his mother Zeenat Hussain. The actor gave a surprise to his mother by inviting all the close relatives to celebrate her birthday. 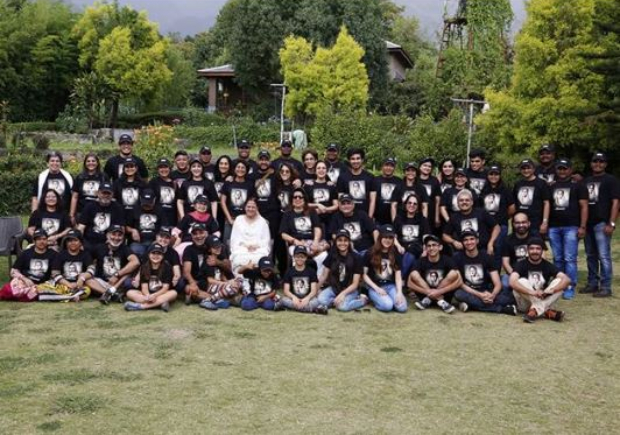 He took to his social media and posted a picture of almost more than 50 family members, which included his ex-wife Reena Dutta, wife Kiran Rao with her parents, his sons Junaid Khan, and Azad Rao Khan with daughter Ira Khan along with director Mansoor Khan, sisters Nikhat Khan, Farhat Khan, Nuzhat Khan and Amin Hajee with his twin Karim Hajee amongst others. Aamir posted the photo online and wrote, "Happy Birthday to the most beautiful woman on earth!!! "

On Aamir Khan's birthday, the actor announced his upcoming film, Lal Singh Chaddha as his next which has already been creating the buzz as one of the most awaited projects. The film is an adaptation of Tom Hanks' Forrest Gump and is set to release on Christmas, the next year 2020.

Happy Birthday to the most beautiful woman on earth!!! pic.twitter.com/W6G7dIcziY