A day ago, Anushka Sharma wrapped up all her work commitments and took off to London to support her husband, Indian Cricket Team Captain Virat Kohli, during the ongoing World Cup 2019 matches. Coincidentally, veteran actor Anupam Kher is also in London and two of them met each other and bonded over films. 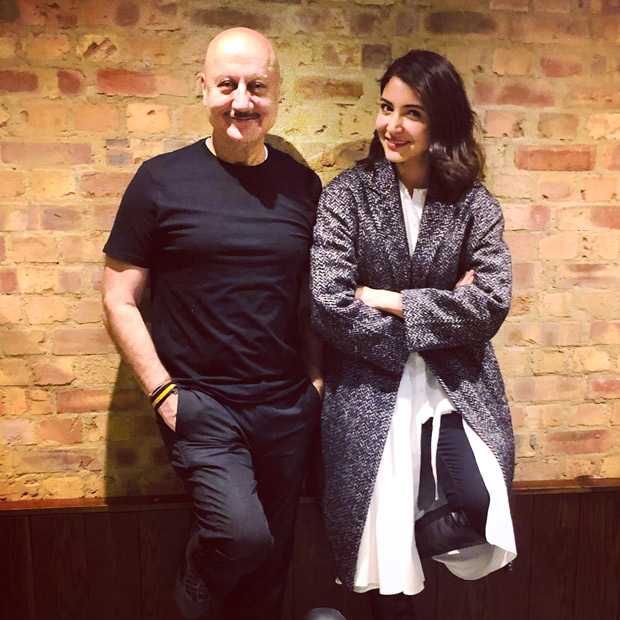 Anupam Kher shared a photo with Anushka Sharma, praised her for work and even talked about Virat Kohli. "It was so wonderful to meet one of my favourites @AnushkaSharma in London. We haven’t worked much together but I have always admired her for her work & her cool attitude. Had fun talking to her about films, power of failure, army life & of course our favourite @imVkohli," he captioned the photo.

Both the actors have worked in two films together - Badmaash Company and Jab Tak Hai Jaan. As of now, the two of them are in London to witness India vs Pakistan cricket match at the ICC Cricket World Cup 2019.

On the work front, Anushka Sharma was last seen Aanand L Rai's Zero alongside Shah Rukh Khan and Katrina Kaif. Anupam Kher, on the other hand, will be next starring in One Day: Justice Delivered alongside Esha Gupta. The film is slated to release on June 28, 2019.