Priyanka Chopra and Nick Jonas may not have attended 91st Academy Awards on February 24th night but they surely made headlines at the after party organized by Vanity Fair. It was a star-studded affair at the Oscars 2019 party where celebrities like Charlize Theron, James McVoy, Jennifer Lopez, all winners, Joe Jonas, Sophie Turner were in attendance among others. 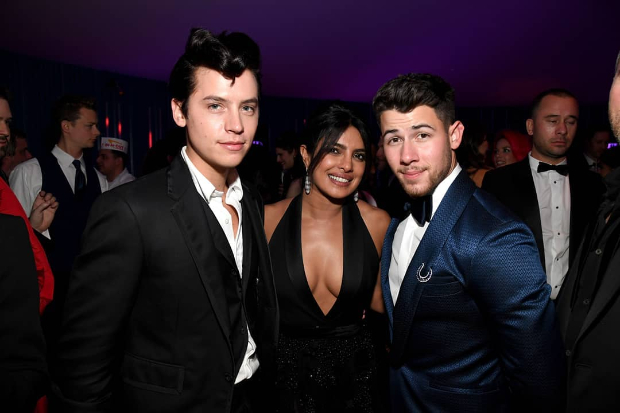 While Nick Jonas opted for an opulent navy tuxedo and bow tie for the after party, Priyanka Chopra grabbed eyeballs with her backless black Ellie Saab Couture gown. The newly married couple could not stop blushing and goofing on the red carpet. Inside the party, they were seen socializing and hanging out with other celebrities including millennial heartthrob Cole Sprouse. 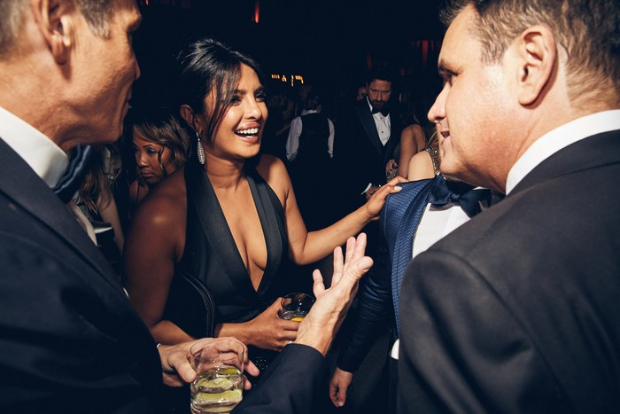 Cole Sprouse and Nick Jonas both grew up in the Disney space as they starred in TV shows before becoming teen sensations. Cole is currently starring in TV show Riverdale whereas Nick is doing his music and starring in films. It was a perfect Disney reunion.

On the work front, Priyanka Chopra recently starred in romantic comedy Isn't It Romantic which released in the US and Canada. It will begin streaming on Netflix form February 28 onwards.

ALSO READ: Is Priyanka Chopra collaborating with Nick Jonas on an album?