Last Updated 03.06.2020 | 7:02 PM IST
feedback language
follow us on
Home » News » Bollywood Features News » Bollywood News Priyanka Chopra and Nick Jonas share the most ADORABLE moment at Oscars after party and the internet is going gaga over it

Priyanka Chopra and Nick Jonas seem to be winning hearts with their post marriage romance and have been the cynosure of lenses at many award ceremonies. The newlyweds yet again managed to showcase romance in small gestures and the video of the same from the Oscars after party, Vanity Fair has now gone viral on social media. 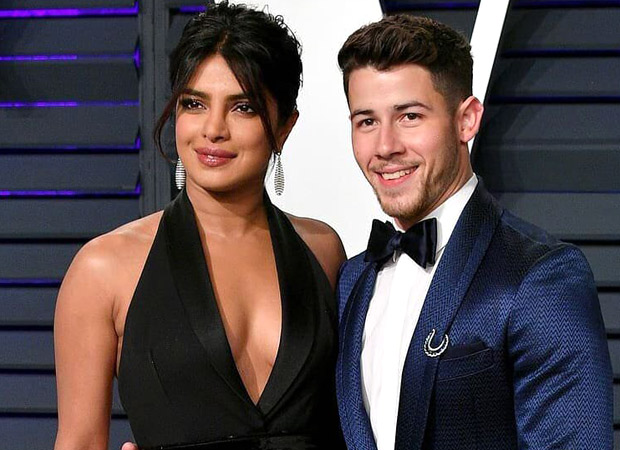 Media reports captured Priyanka Chopra and Nick Jonas at the Vanity Fair, Oscars after party where the duo were seen chatting with each other. While Priyanka went on to fix Nick’s hair, the cute moment was followed by the actress ending up blushing and giggling during the conversation. This video of Nickyanka from the after party is definitely making their fans go all mush and we don’t blame them! Here’s a sneak peek of the same:

This video of Priyanka Chopra-Jonas fixing Nick's hair is the early contender for next year's Best Picture. #Oscars pic.twitter.com/0NB7jgWGaw

This is not the first time where the couple’s lovey-dovey gestures have grabbed attention of fans. The public appearances made by this celebrity couple often has many such lovely moments that have made fans go all gaga over their love in the past. The duo, who had made a glamorous appearance during the premiere night of Priyanka’s Hollywood film Isn’t It Romantic?, had left onlookers surprised as Nick had swept Priyanka Chopra Jonas off her feet when she stumbled. This had left Nickyanka go all ‘aww’ looking at their PDA.

Coming to their career, Priyanka Chopra Jonas will now be returning to Bollywood with The Sky Is Pink featuring Farhan Akhtar and Zaira Wasim. The actress had revealed in Koffee With Karan 6 that she is in discussion with Vishal Bhardwaj and Sanjay Leela Bhansali for films but hasn’t divulged any details on the same.