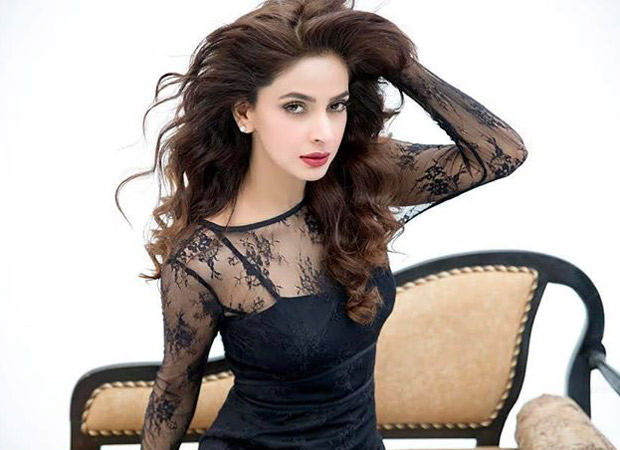 I must confess that I have not seen any of your dramas but after watching Hindi Medium I shall surely catch up your shows on YouTube. We call them 'Serials' what you guys call as 'Dramas' on television in Pakistan. After watching your sensational performance in Hindi Medium, one word that pops up in the mind and it is apt...Drama! You play a quintessential wife who is an expert in the glorious Art of husband-ko-ungliyon-par-nachaana! The husbands of the world are identifying with the poor plight of Irrfan Khan who not merely migrates from Purani Dilli to Vasant Vihar, he also has to gravitate from the affable Mitthu to the high society 'Honey'.

I have rarely laughed during a movie in the recent times the way I did courtesy your delightful emotional blackmailing in Hindi Medium. The fluttering of big eye lashes, the striking hair waving in tremendousness and tall beautifulness. No wonder Irrfan just can't say no at any of your, just or unjust 'demands'. The shift from superficiality to substance is intensely organic and it's a treat to see your performance unfold.

I have been trying to fix up an interview with you but my efforts are going in vain. In fact it's a taboo to even talk about Pakistani artistes these days but somehow I don't mind being called 'names' as the idea of equating Art with War is bizarre, irrational and ridiculous. Jinka kaam ahle siyaasat hai to wahi samjhen, apna paighaam to mohabbat hai, jahan tak pahuche.

Well, I am not sure if I will be able to do an interview with you so I thought that maybe through this letter, I shall ask you a few questions and maybe you'd be able to read it at least. So here is my questionnaire:

What was your reaction when you heard the story screenplay of Hindi Medium? What sort of interaction did you have with the writers Saket Choudhury and Zeenat Lakhani? What sort of preparation did you do for getting into the skin of the character? How was your experience of shooting in Delhi? Did you try out the delicious food in Puraani Dilli and Chandni Chowk? Did you find a similarity in the taste of Dilli Ka khaana and the famed Lahori cuisine? How was Irrfan as a co-star? The fact that Irrfan is a world renowned actor, did it leave you awestruck? (He’s definitely awe struck and love struck with you for sure by the way) Did you have apprehensions when you decided to play a mother in your first Bollywood film? Do you realise the sort of cataclysmic impact on the audience when there is a possibility of a seduction scene between you and Irrfan but the proverbial TV News channel plays a 'spoilt sport'? Did you have apprehensions while folding hands in a temple considering the hardliners in Pakistan have extreme views about such matters? (Berozgaar critics yahan bhi hain, vahaan bhi). Had you ever anticipated that Hindi Medium will become such a cult hit not merely in India but even overseas? What do you have to say to your fans in India who have followed your television work and are now thrilled to see you act so well on the big screen?

I wouldn't ask you if we can see you working in more Bollywood films as the answer is blowing in the winds and all that one can hope for is that...Kabhi to ye havaaon ka rukh badlega kyunki ummeed par duniya qaayam hai!

Wishing you the best