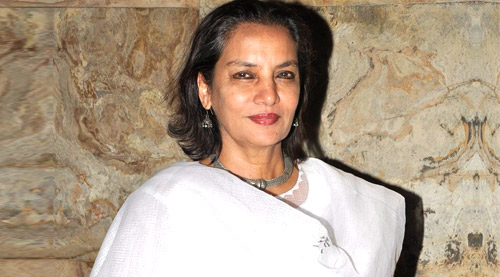 "He is the opposite of me in every way. I talk 19 to the dozen he only speaks when he is spoken to. I have no attachment to animals, he could have become a vet. He has over the years kept dogs, turtles, birds, chicken and pigeons as pets. As a child he would spend hours trying to dry a makoda (big black ant) that had accidently fallen into his little pond. I would scoff at him and say "arre khud sookh jayegaâ€¦ Baarish mein bhi tto makode jeete hain!"


Being three years older I used to bully him endlessly. At a party just as he would stretch out his hand towards his favourite Mangola I would give him a sharp look and extend mine to pick up a Coca Cola which was the more 'adult' drink. Poor lamb he would reluctantly let go! Today he orders crates of Mangolas and pours them out for his kids with glee!


Once he swallowed a chikoo seed. The next morning I put a twig in his mouth and woke him up screaming that he had sprouted a chikoo tree from his stomach!!!


Every day when I came back from school I would throw my bag on his desk, get into his rubber chappals only to be chased by him out of the house. Abba was convinced someday either of us would kill the other!


Today my brother Baba is both my strength and my weakness. He is the son I never had. He has always been a loved child, spoilt by my mother and indulged by my father. But what I feel for him is indescribable. Siblings bond together because of a shared childhood, shared ethos and shared values. He tickles my funny bone because there are shared associations. But he isn't demonstrative. His wife Tanvi lives in despair because he doesn't express his feelings. I wait hungrily for a sentimental word from him... No siree, no such chance!

And yet when I'm emotionally exhausted or ill, he is there solid as a rock and will drop all else to protect me. He is a strong family man and loves to surround himself with cousins, aunts and nephews. He is a terrific son and nursed Abba (father Kaifi Azmi) like a child in his last few months. He is equally protective of Mummy but I don't think he has ever told her that he loves her. He teases her endlessly and she adores that.

Raksha Bandhan has always been a very sacred festival for us. When I was in college I used to tie rakhis to a couple of boys as was the wont in those days. He, on the other hand, would never allow anybody other than me to tie him a rakhi quietly saying "I have only one sister!" Chastised, I reciprocate and no longer have any mooh-bole bhais!

On the rarest of rare occasions if I'm not in town only my niece Mayghna is allowed to tie him the rakhi I send him."