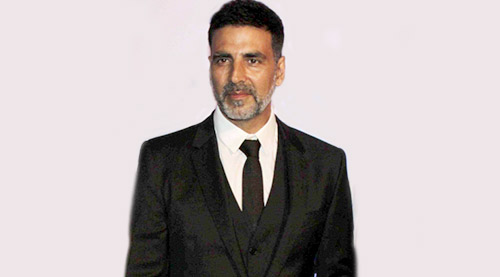 Akshay Kumar dotes on his only sister Alka and her daughter. In his new film Brothers he is shown to be at loggerheads with his brother played by Sidharth Malhotra.


Akshay says in real life he wouldn't dream of getting into a conflict with his near and dear ones. "No, never! After doing Brothers I learned a whole new side to sibling quarrels. I've never had one single fight with my sister, in our entire lives."


Speaking fondly of his sibling bonding, Akshay Kumar says "It's impossible for us to fall out, we share an unbreakable bond. No power on earth can cause differences between me and my sister. But after being a part of Brothers, I have seen what tragedies can tear families apart, and to resolve such traumas is far harder than one can imagine."


Akshay Kumar has his formula for resolving family disputes. "Don't ignore the problem for the fear of a fight. Instead of avoiding confrontation, I genuinely think getting into a confined space with the aggrieved near and dear one, and not leaving the locked room till things are resolved is a far better way to get through life than carrying and trying to ignore the heavy cloud of grief over one's shoulders for decades."