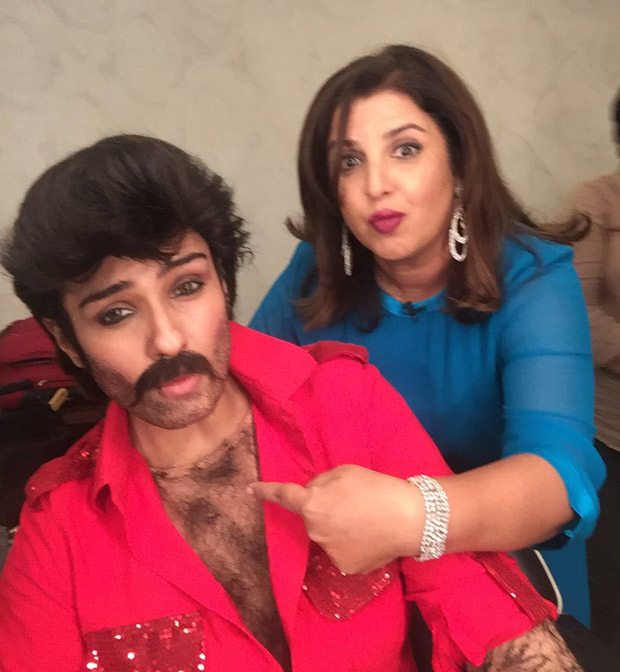 The International show Lip Sync Battle, which was based on The Tonight Show Starring Jimmy Fallon’s late night segment, has become quite a hit all across the world. Now, the show is making its way to India as Lip Sing Battle with Bollywood’s most favourite director-choreographer, Farah Khan and comedian Ali Asgar.

If one has followed the international show, they would know that the show follows two celebrities who face off each other in lip syncing to their favourite songs. The same concept will be applied in Indian format where the top celebs from Bollywood and Indian TV would be facing off each other. 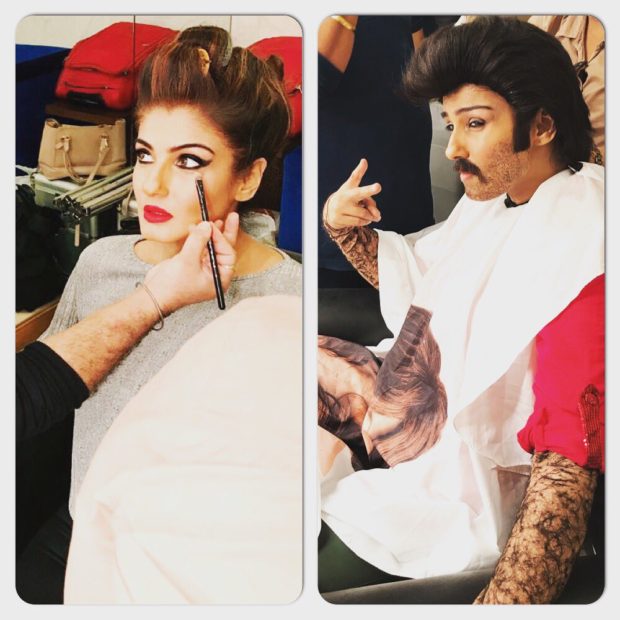 Raveena Tandon and Ayushmann Khurrana shot their episodes earlier this week and it looks amazing. Raveena and Farah Khan have shared a few glimpses from the episode and it seems like Raveena had a major transformation. The 90s sensation Raveena Tandon is seen dressed as our very own Anil Kapoor from his hit song ‘My Name Is Lakhan’. This transformation has left everyone surprised and one can't wait for the episode to air. Farah shared the glimpse and wrote, "GUESS Who??! Taking #LipSingBattle to another level!! Epic episode!!"

Raveena Tandon, then, shared her transformation photo and wrote, "From this to that! becoming @AnilKapoor makeup wonders! Maafi @TheFarahKhan made me do it!Imitation best form of flattery!DhinaDhinDha." 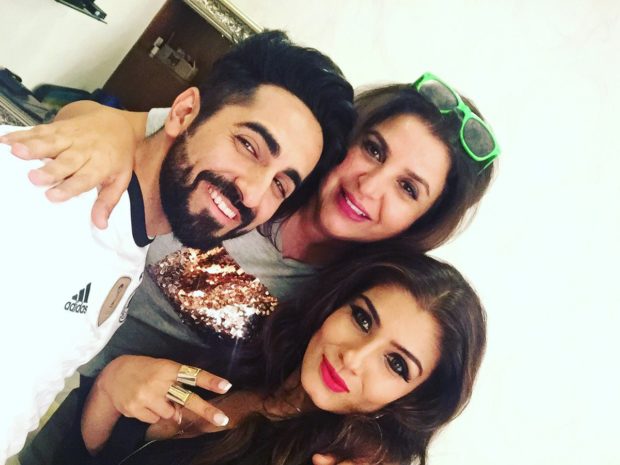 Farhan Akhtar, Arjun Kapoor, Karan Johar and Parineeti Chopra have already shot their episodes. It has been learned that the show will air on Star Plus from September 16.