The Sarahah app has been making waves all over. It allows users to send anonymous messages to others registered with the app. Millions of people around the world are having a ball as they anonymously post funny, scandalous, abusive and even lovelorn messages to their near and dear ones.

We at Bollywood Hungama are impressed with the characteristics of this app. It would give us the much-needed chance of saying those things that we obviously can’t ask them on their faces. So in this special feature, we let our imagination go wild and come up with a list of questions/statements that we would like to post on the Sarahah pages of the following celebrities

Just FYI, Ramnath Kovind is the new President of India 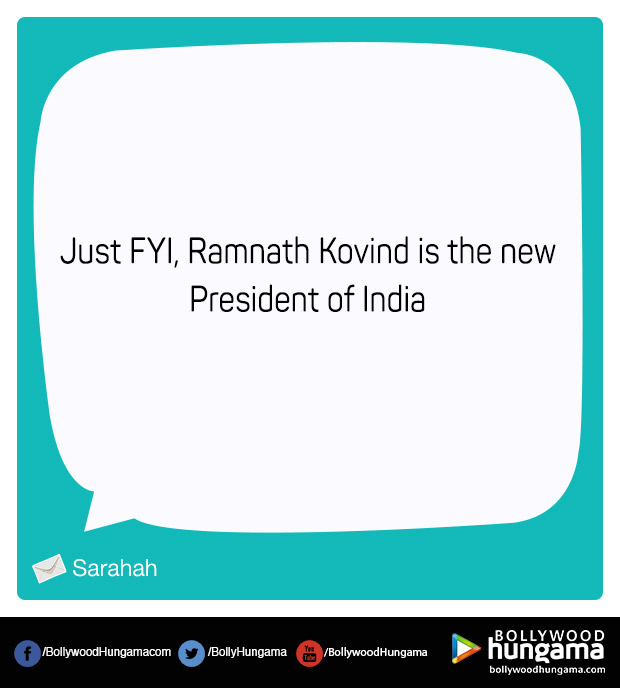 Sir please patent ‘Roshan Calculator’ before someone else does it 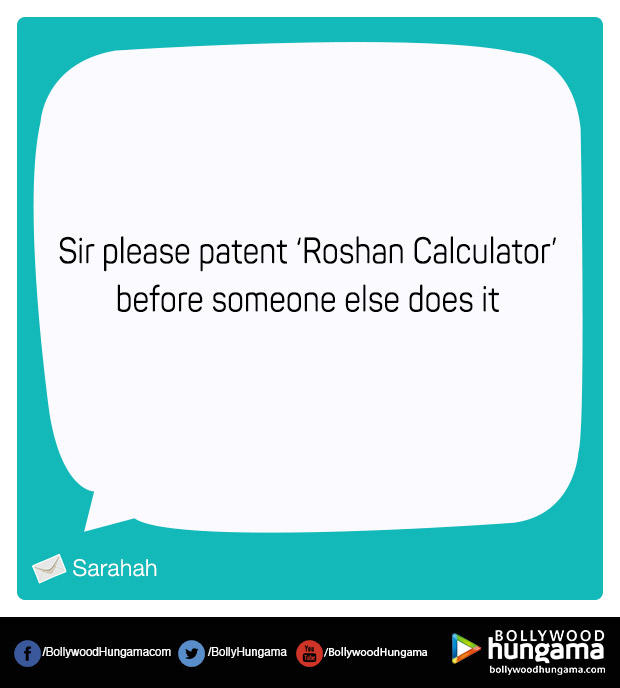 How on earth do you find financiers for your films? 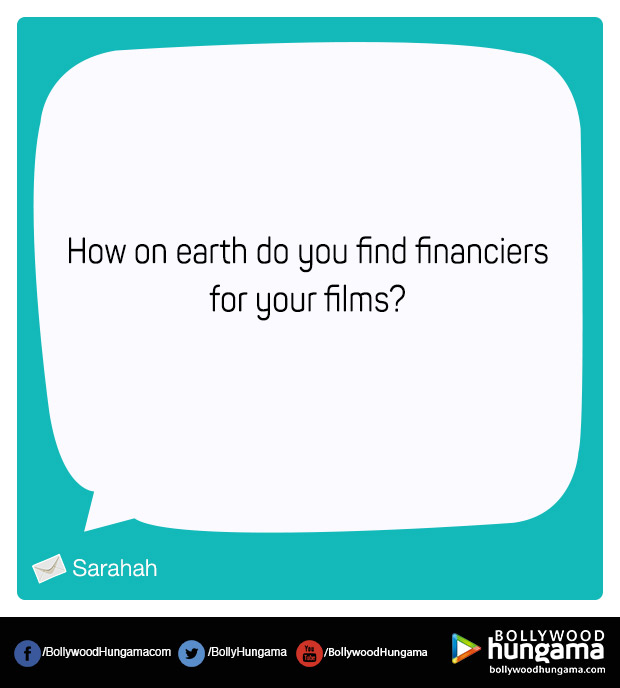 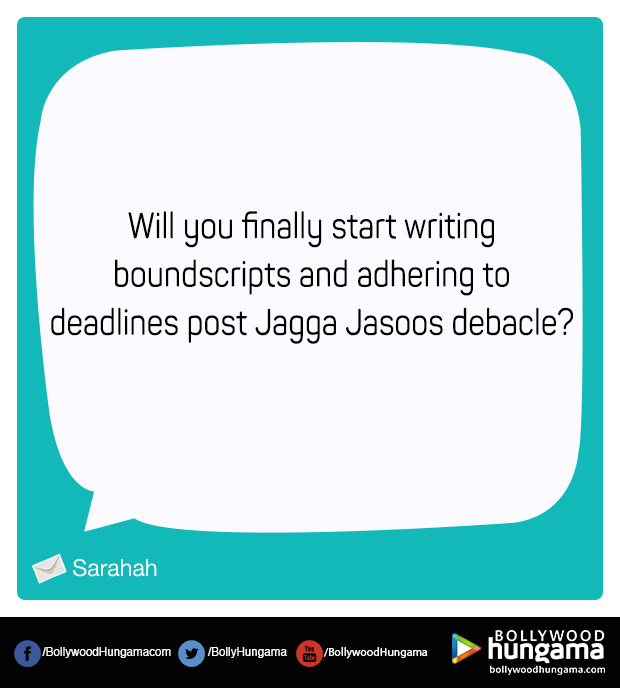 When will you finally open your arms for roles that suit your age? 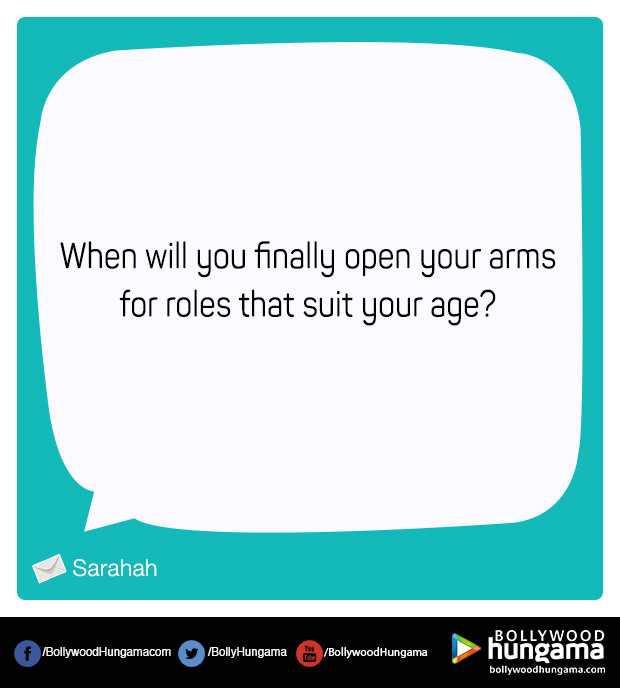 After watching Baar Baar Dekho, Brothers and A Gentleman, we really feel that you should work on your script-signing skills before working on your abs 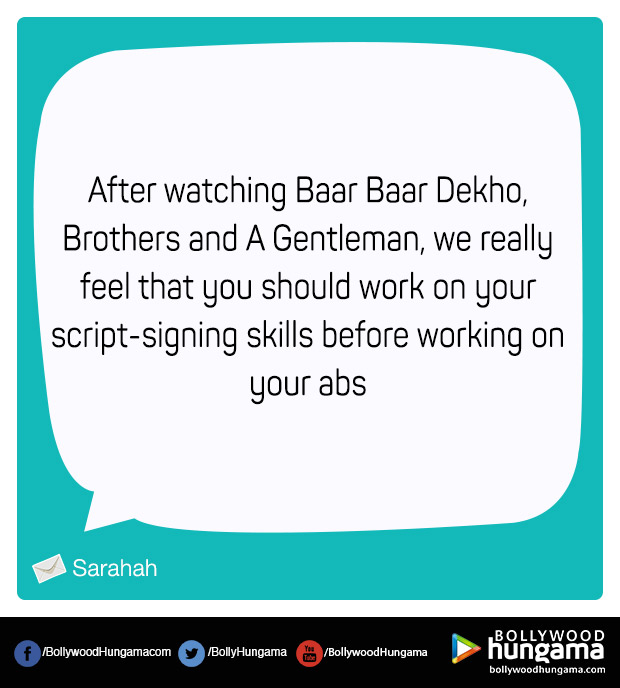 You were not totally wrong in the nepotism debate but the ‘nepotism rocks’ stunt was stupid and made you look like a loser. Stop it and move on. You are better than this 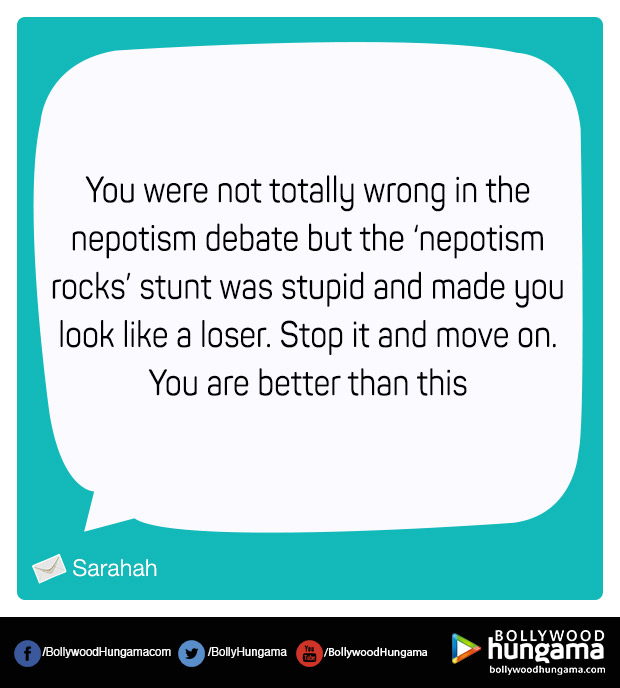 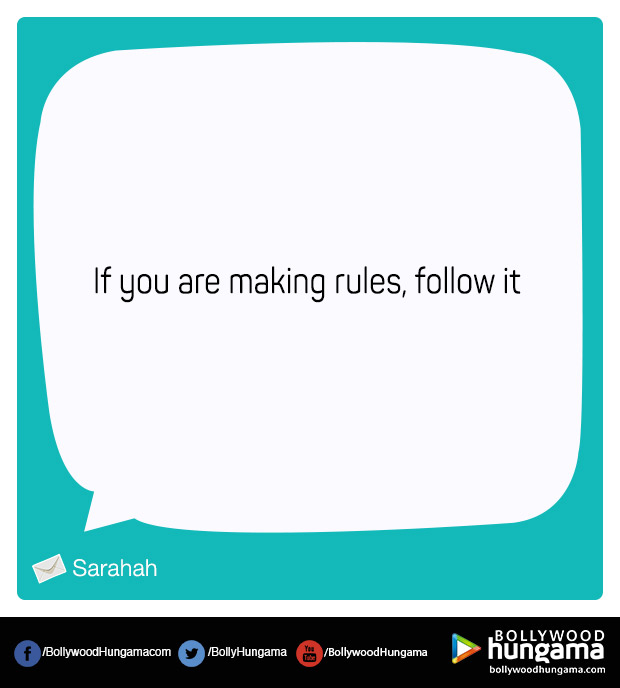 Are you and Ranveer Singh friends, lovers or friends with benefits? 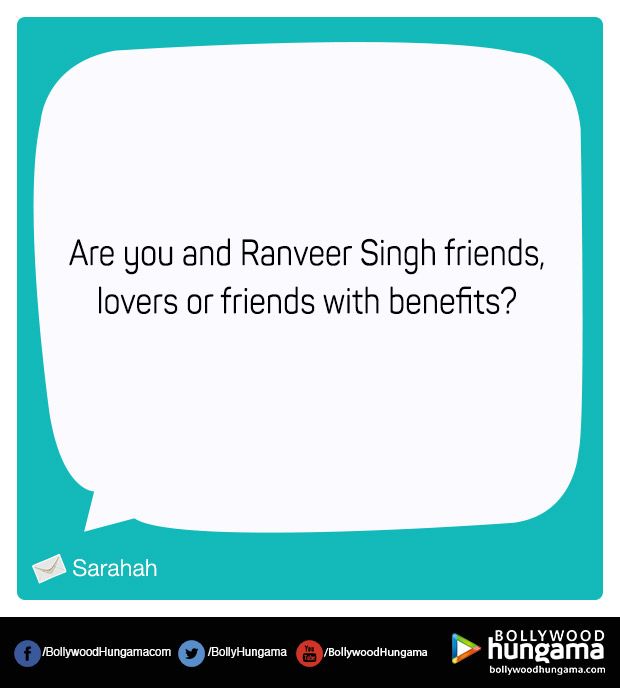 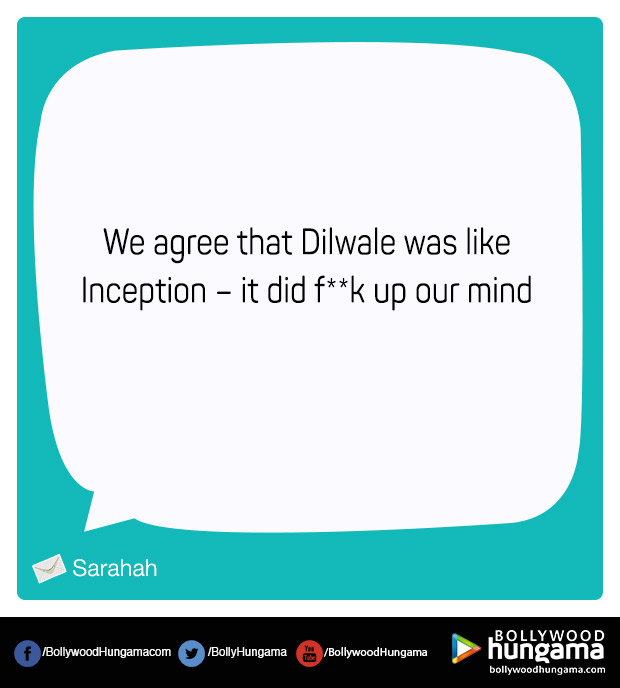 How did you restore your virginity? 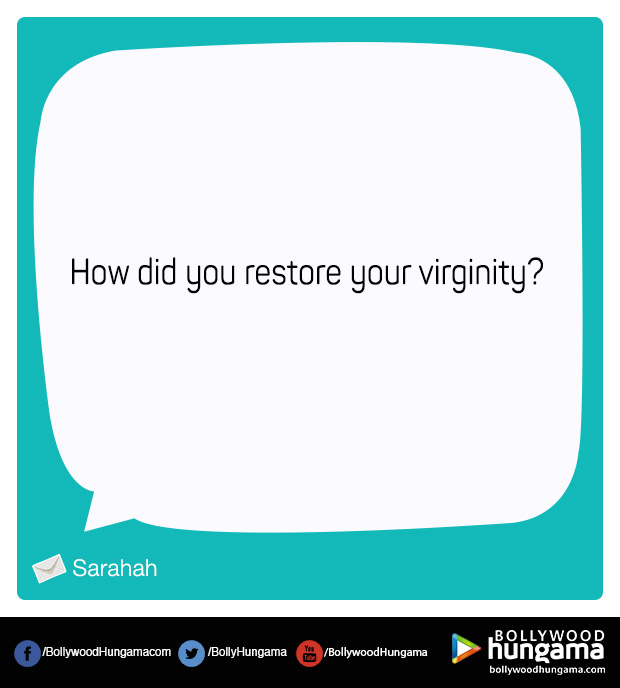 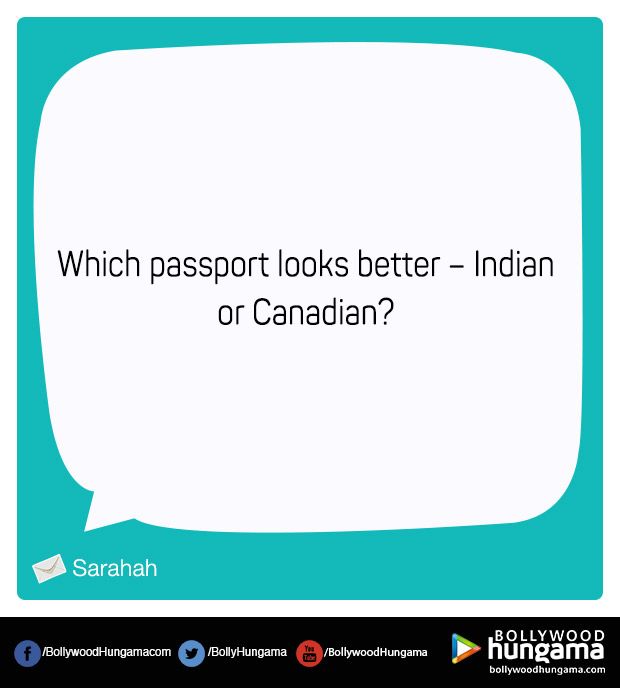 So Karan Johar paid you Rs 25 lakhs to bring down Shivaay? You think we are gonna believe that? Even if all the fans of the world collected 2Rs on your behalf, the figure won’t even reach Rs 25, forget Rs 25 lakhs 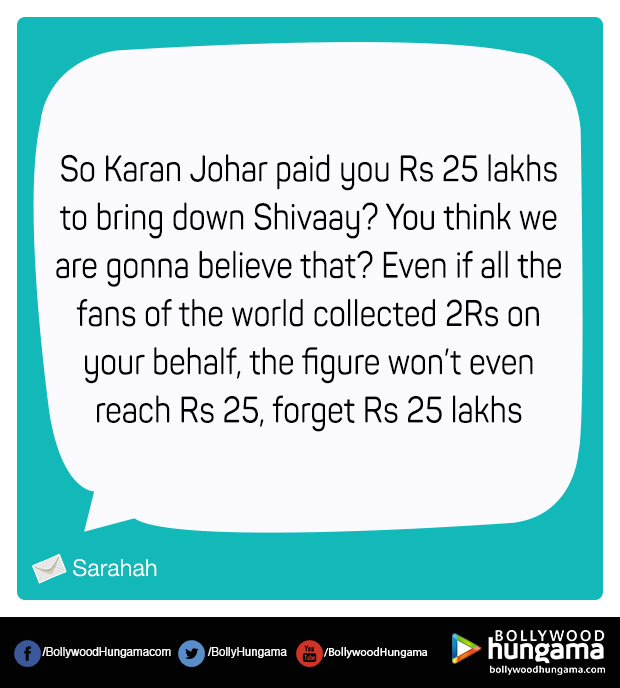 Sir why do you get so angry at the drop of a hat? At this rate, very soon, you’ll be called the Arnab Goswami of film sets 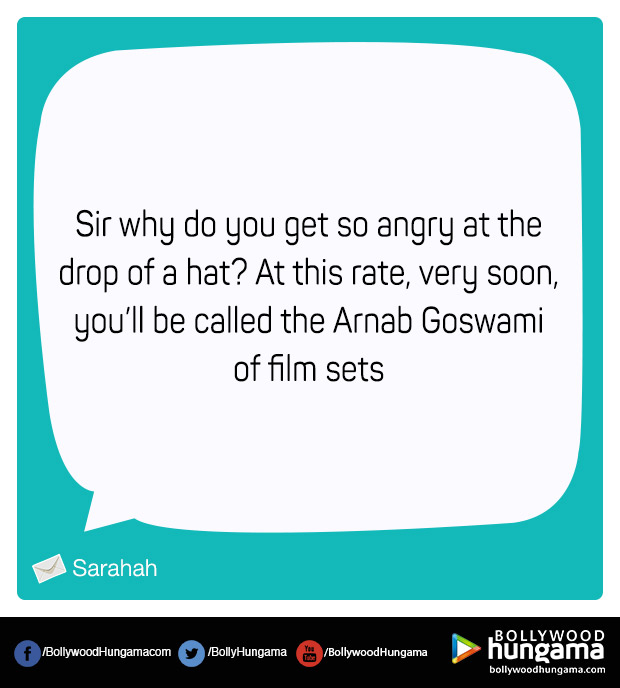 If you’d ever give a video interview, it’ll get more views than Gangnam Style and Despacito combined 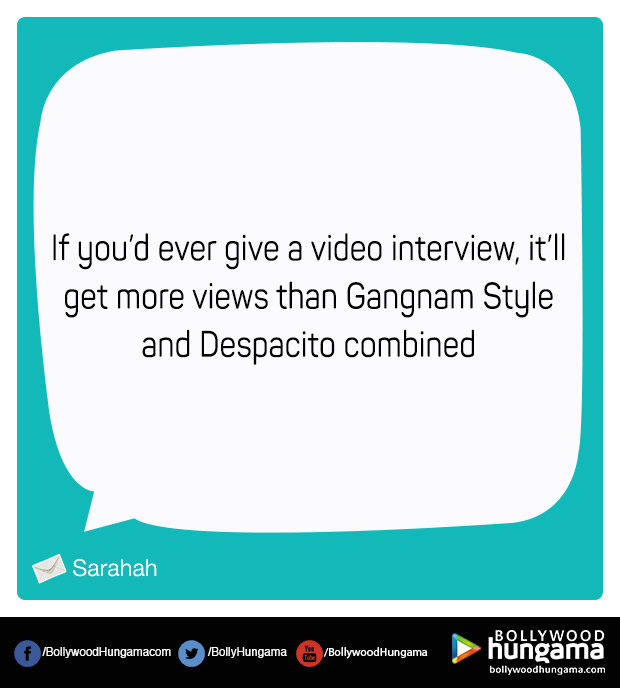 Don’t drink and tweet. Otherwise, you’ll be the next RGV 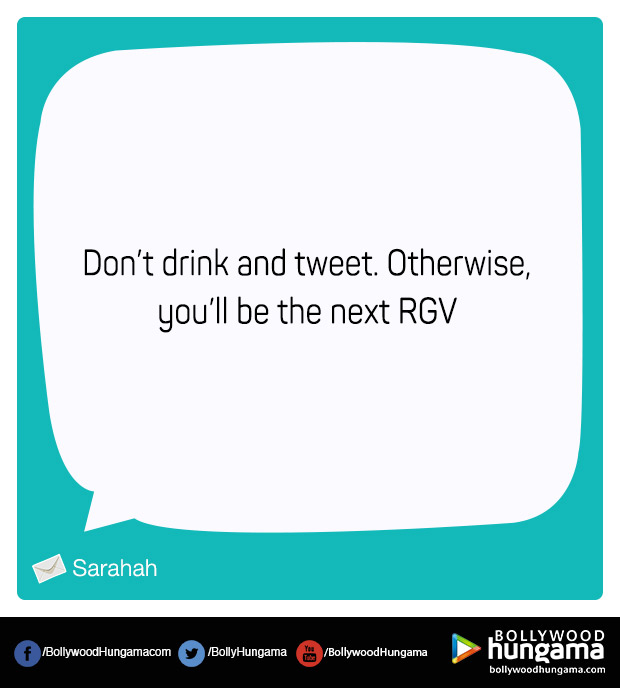 Where did you get the accent from? Not just Kareena Kapoor, now even the nation wants to know 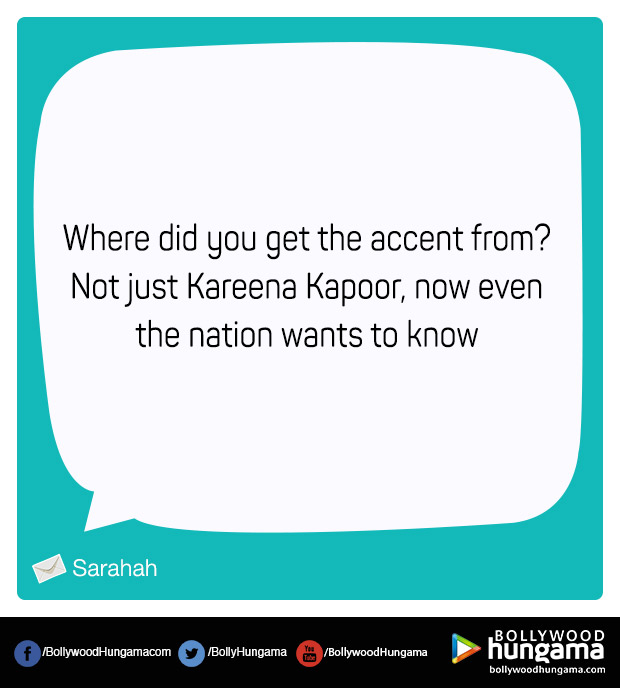 When will you properly learn Hindi? And also acting? 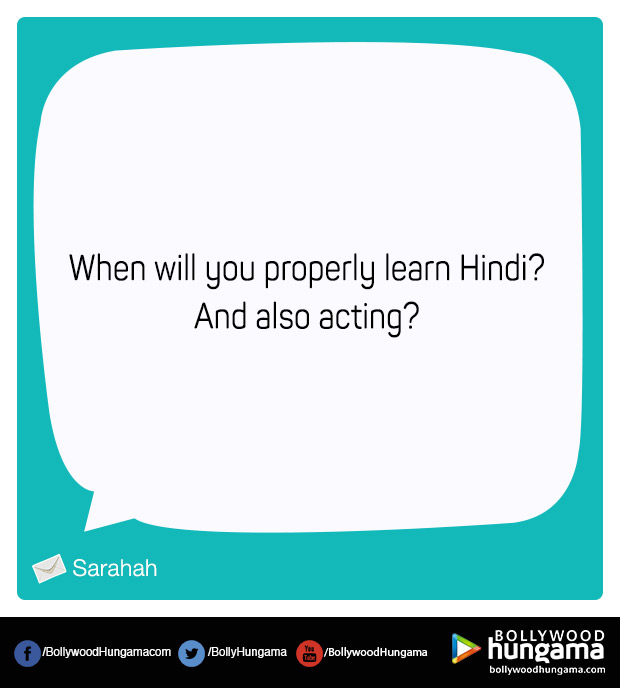 How do you manage to sell the same concept to a star n make it into a film every year? 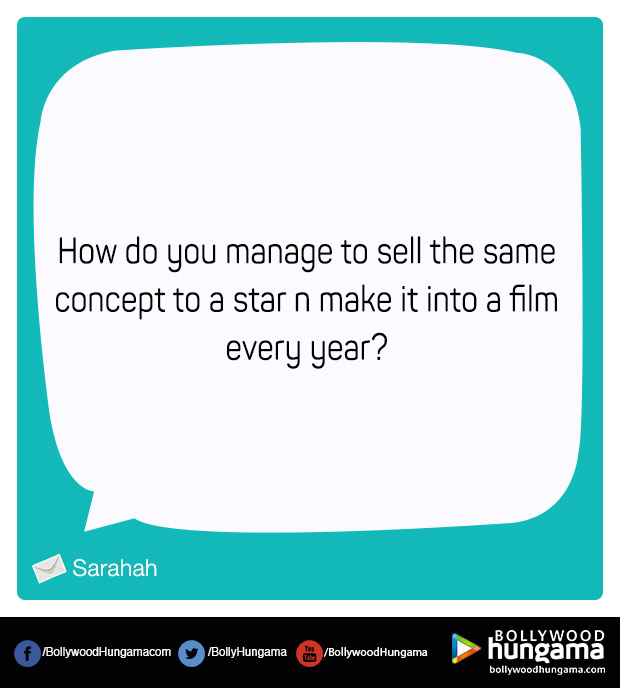