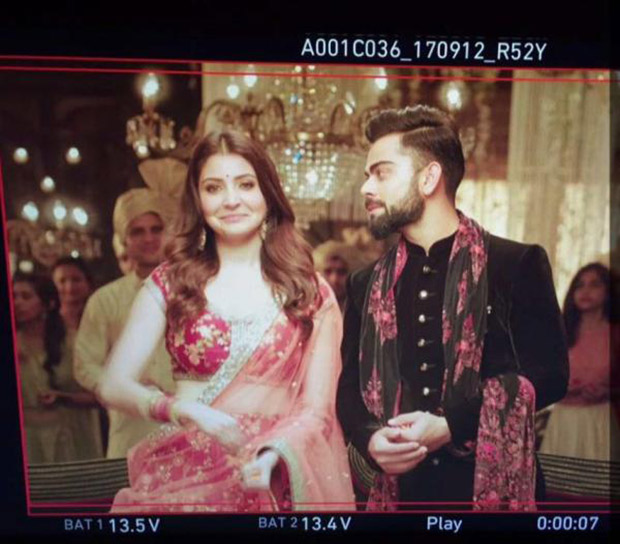 Anushka Sharma and Indian Cricket Team Captain Virat Kohli are no longer shying away from their appearances together. Virat Kohli has time and again expressed his love for Anushka Sharma in some heartwarming social media posts. While the Bollywood actress and Indian cricketer have busy schedules, they often spend time together when they are not working. 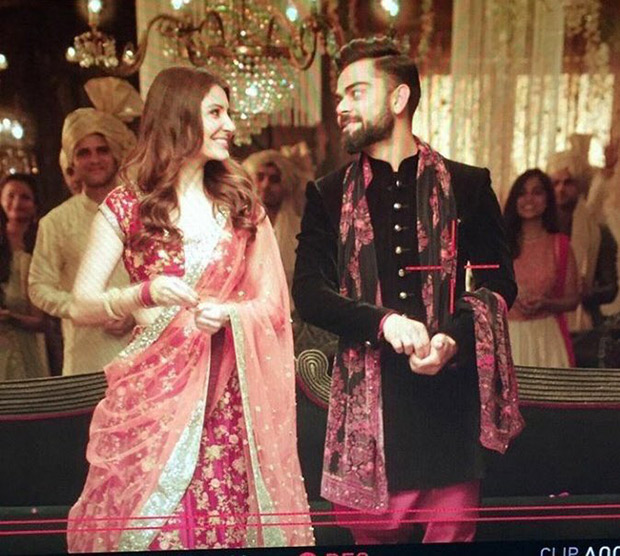 It's been a while since they starred together in an advertisement. One may recall that the rumours about them being in a relationship had started doing the rounds when they had starred in advertisement together a few years ago.

In one of the photos going viral, Anushka Sharma is looking happily at the camera lens as Virat Kohli can’t stop gazing at her. Both are wearing Indian traditional outfits and it seems like they were shooting for some festive advertisement. In another picture, the couple is lovingly gazing into each other’s eyes.

It was only recently when Anushka Sharma accompanied Virat Kohli to Sri Lanka during the India vs Sri Lanka tour. During off days, they would spend time by grabbing lunch or enjoy some sightseeing.

On the work front, Anushka Sharma will soon start shooting for Aanand L. Rai's film starring Shah Rukh Khan and Katrina Kaif. She is also starring in her third production, Pari and has a cameo in Sanjay Dutt biopic.