The Jonas family can’t contain their experiment as they cheer for Joe Jonas’ fiancée Sophie Turner and Game Of Thrones Season 8. Sophie Turner, who has been playing the role of Sansa Stark in one of the most popular period drama series Game Of Thrones, will be reprising the role once again as the eighth season premiered a day ago. Obviously, her Jonas tribe were more than excited and cheered for her on social media and it also included her J-sister aka sister-in-law Priyanka Chopra. 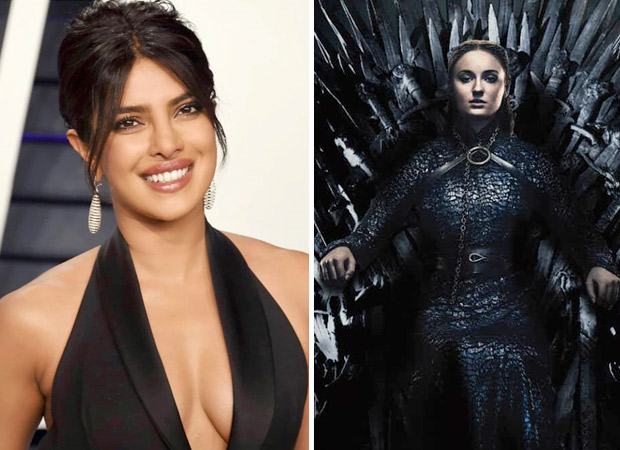 Priyanka Chopra has expressed her love for the Jonas family especially her sisters-in-law Sophie Turner and Danielle Jonas on more than one occasion. Keeping up with the same, she wished luck to Sophie by sharing this picture of her in the Sansa Stark look as she proudly took over the throne. Calling her the ‘boss lady’, Priyanka captioned the picture saying, “Good luck @sophiet you are a boss babe. And are very loved..”

Good luck @sophiet you are a boss babe. And are very loved.. #jsister #gameofthrones tonight

If that wasn’t all, Sophie’s fiancé Joe Jonas too shared a video along with the rest of the family taking to Instagram to cheer for their family member, here have a look at the same:

Trying to keep ???? waiting for tonight

Also Read: Priyanka Chopra and Nick Jonas to have KIDS soon, to make a special appearance at MET Gala 2019

"Wajid and I kept planning on watching a…