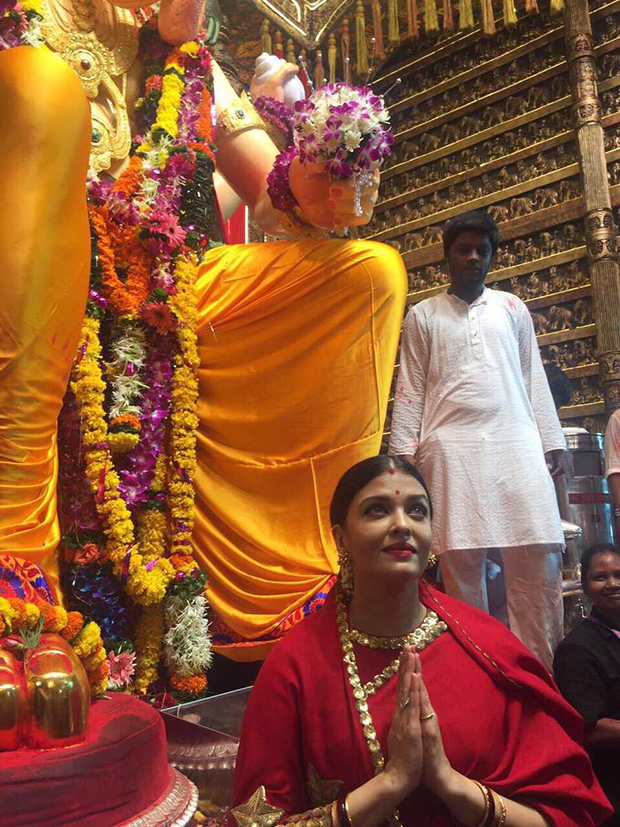 Aishwarya Rai Bachchan is considered as the most beautiful woman on the planet. Ever since she debuted 20 years ago, she has charmed one and all with her supreme beauty and performances. Despite being over the age of 40, she still looks stunning and can give actresses half her age a run for their money. 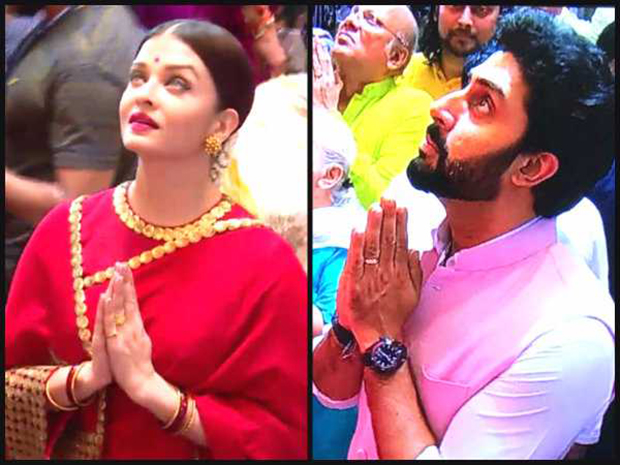 Aishwarya Rai Bachchan once again proved that she can be a head turner when she visited the famous Lalbaugcha Raja pandal in Mumbai on Monday September 4 to seek Lord Ganesha’s blessings. What grabbed eyeballs was not just her beautiful face but also her regal red Sabyasachi saree which suited her perfectly. Her bindi, vermillion, earrings and ‘gajra’ also added to the charm. In a series of photos that has emerged online, she can be seen bowing down at the feet of Lord Ganesh’s giant-sized idol and posing gracefully. She was accompanied with hubby Abhishek Bachchan who too looked dashing in a white kurta teamed up with pink waistcoat. 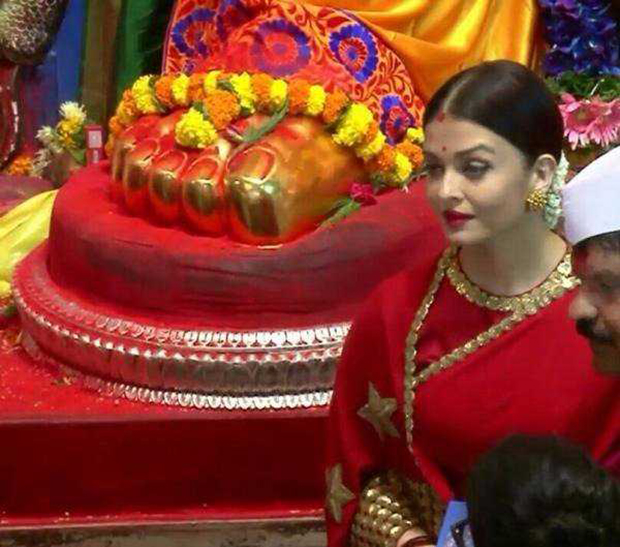 On the work front, Aishwarya Rai Bachchan was recently seen in Ae Dil Hai Mushkil opposite Ranbir Kapoor. Directed by Karan Johar, it also starred Anushka Sharma and was a huge hit. Her next film has just gone on floors. Titled Fanney Khan, it also features Anil Kapoor and Rajkummar Rao. It’s the remake of Danish film Everybody's Famous and is produced by Rakeysh Omprakash Mehra. 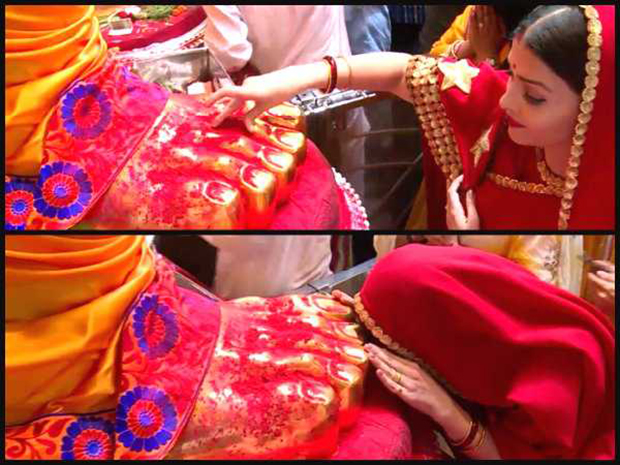