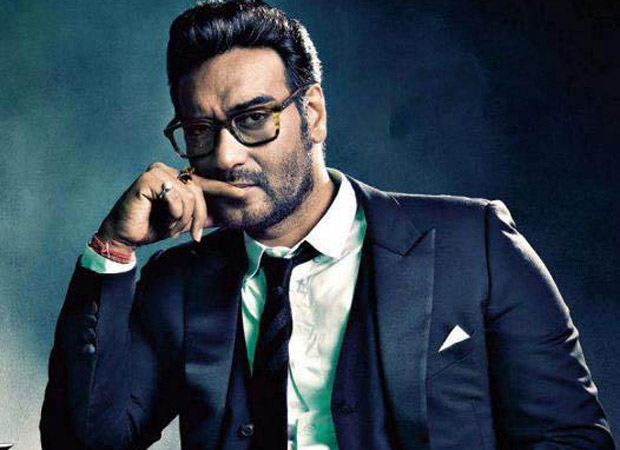 Ajay Devgn has all the reasons to celebrate as his latest multi-starrer Baadshaho is doing very well at the box office. The film has already crossed Rs. 50.12 crores and is expected to do better in the days to come.

On Monday, Ajay Devgn decided to have a fun chat with his fans on Twitter and had some interesting conversation with them. Not only did he thanked everyone for watching Baadshaho, he also talk about the ladies Ileana D'Cruz and Esha Gupta, the possibility of working with Aamir Khan again, revealed Golmaal Again release date and had a cute banter with wife Kajol.

1. Ajay Devgn, who had worked with Aamir Khan in Ishq, did say that he would love to work with him again.

#AjayTalks would you like to work with Amir khan again?

2. Kajol also joined in the twitter conversation and as a doting wife asked him the most important question.

3. Ajay Devgn also revealed when Kajol's next film will be announced.

4. Ajay Devgn also assurred his fans that they might see him in more films in 2018.

How many films can we expect from you in 2018 @ajaydevgn ? #AjayTalks

5. Speaking of Kajol, she recently starred in Tamil comedy drama VIP 2 with Dhanush. When a fan asked Ajay whether he had watched the film, here is what he said.

@ajaydevgn Have you watched #VIP2 yet?? #AjayTalks

6. During the chat, Ajay Devgn also revealed that he will begin shooting for his next film Raid in Lucknow.

@ajaydevgn sir when you will visit #Lucknow...#AjayTalks

7. Of course, Ajay Devgn's favourite movie of his wife Kajol was the one in which both of them starred together.

8. Ajay also joked about getting beaten up if he revealed any of his favourite Bollywood actresses.

Sir, who is your favorite current bollywood actress? #ajaytalks

9. As Ajay Devgn and Kajol's daughter Nysa has moved to Singapore to pursue further studies, Ajay revealed he visits the place often to spend time with his daughter.

Hello Ajay Sir ???? U have been visiting Singapore often now. Any plans to promote ur upcoming films or even shoot ur film here? #AjayTalks

Right now I visit my daughter studying there. #AjayTalks https://t.co/gazvlcz6vj

10. Amidst all this, Ajay Devgn dropped the deets about his upcoming film Golmaal Again and its release date.

11. Ajay Devgn had to pull the legs of his Baadshaho co-stars Ileana D'cruz and Esha Gupta.

If u were to wake up two days as @eshagupta2811 & @Ileana_Official respectively, what will u do? Hehe ;) #AjayTalks

12. Ajay Devgn also had some nicest things to say about Akshay Kumar.

Say Something About Akshay Kumar ? #AjayTalks

Akshay is doing great work. Always been very fond of him. https://t.co/VXm1UGXKqf

Sir I love ur all movies.
Drishyam is favrt.@ajaydevgn Sir which movie is your Favrt ??
Plz reply #AjayTalks