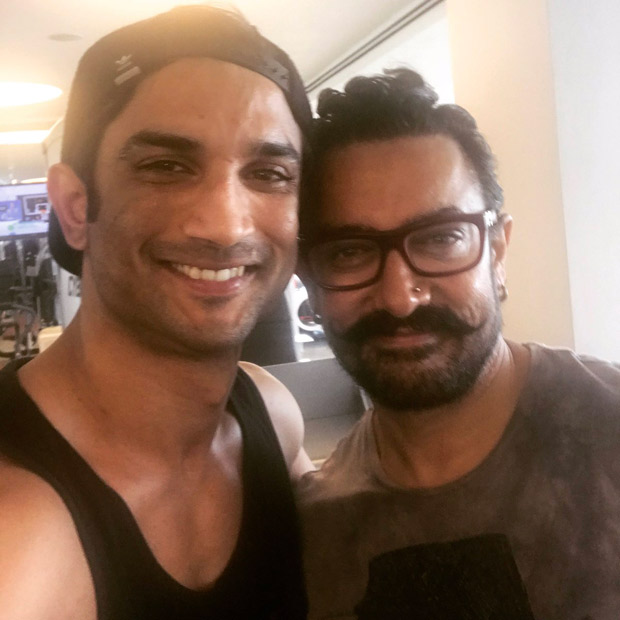 When it comes to surprising and shocking everyone at regular intervals, there is no beating the ‘perfectionist’ Aamir Khan. Even at a time when he was reigning supreme as a romantic hero, he shocked everyone by dressing up as a woman (for a song) in the early 90’s film Baazi. A couple of years back, Aamir Khan yet again shocked all by posing semi-nude for a scene in the smash hit film PK.

While Aamir Khan has always concealed his ‘new looks’, this time round, he seems to have made an exception. Recently, one spotted Aamir Khan wearing a nose ring! Even when Sushant Singh Rajput posted the adjoining photograph on the social media which has him with Aamir Khan, the latter is seen wearing a nose ring. Sushant Singh Rajput captioned the photograph as “And when you meet the 'inspiration' in the process:) #perfectionist”.

Those in the know say that the nose-ringed look is basically how Aamir Khan will be looking in the most awaited film Thugs Of Hindostan, which also stars the legendary Amitabh Bachchan. While there has been no official announcement or confirmation whether Aamir Khan’s aforesaid ‘look’ is from Thugs Of Hindostan or not, what we can say is that this man can carry any look superlatively effortless.