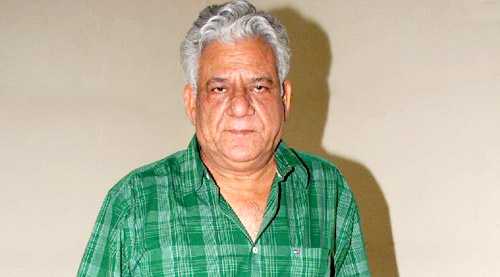 In the newly-released Ek Paheli Leela Rajniesh Duggal is seen making torrid love to Sunny Leone with all his clothes on. When asked Rajniesh explains sheepishly, "It's called artistic license. One has to make do within the given moral parameters."


However veteran actor Om Puri is not that accommodating.


Says Om with a deep sigh, "Firstly, I'd like to say the love-making in our films is really the pits. We Indian actors don't know how to make love on camera. There is so much awkwardness in the body movements. We are all limbs and elbows. It looks very fake and strained."


Om cites the instance of Basu Bhattacharya's Astha where he had love scenes with Rekha. "They could have been done much more aesthetically. Our actors are too conscious of their body to make love scenes look convincing."


Not that Om thinks nakedness is mandatory for a credible bedroom sequence. "In my love-making sequence with Smita Patil in Govind Nihalani's Aakrosh Smita wore her saree throughout. But because we were not hesitant to lose our inhibitions the love-making didn't look contrived."


Om Puri's parting shot, "When I make a film it will have the best love-making scene ever shot in our country."


Om's love-making sequence with Mallika Sherawat in K C Bokadia's The Dirty Politics has left a trail of bitterness behind. There was a sizzling-hot love scene between the two.


Om admits the supposedly hot love scene left him cold and he in fact told the director K C Bokadia to shoot it more sensibly.