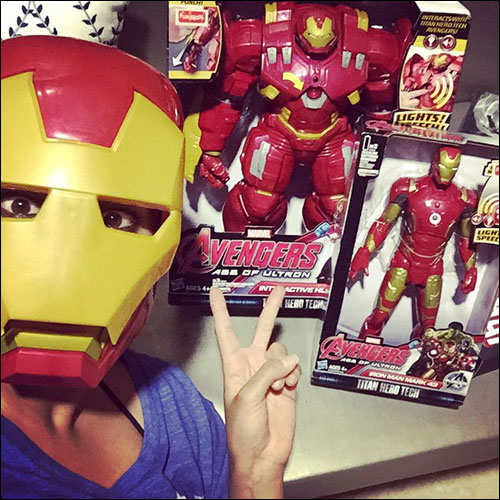 This year has proved pretty profitable for Hollywood releases so far in India. After the more than successful Fast And Furious 7, it's now time for the release of the multi superhero film Avengers. With the Avengers fever catching on, the latest one to join the league is none other than actress Sonakshi Sinha.


In fact the actress, who is an ardent of Iron Man, received a ton of gifts from the production house. Posting an image on instagram with the goodies she says, "Came home to all this amazing merchandise!!! Thankkkkk you @disneyindia and @marvel for recognizing and rewarding my obsession with Iron Man! Cannot waiiiiiit for the Avengers movie! #ironman #ironwoman #avengers".


The exclusive set included masks of Iron Man and action figures of the characters - Captain America, Thor, The Incredible Hulk and Iron Man.