Sunny Deol admits he was never so nervous about his own debut as he is about his son Karan Deol's debut. “When my debut happened, I was chilled out.  It was my father who was nervous. And look at how history repeats itself. Today, I am the nervous father waiting for my son’s film to release,” says Sunny with a disbelieving chuckle. 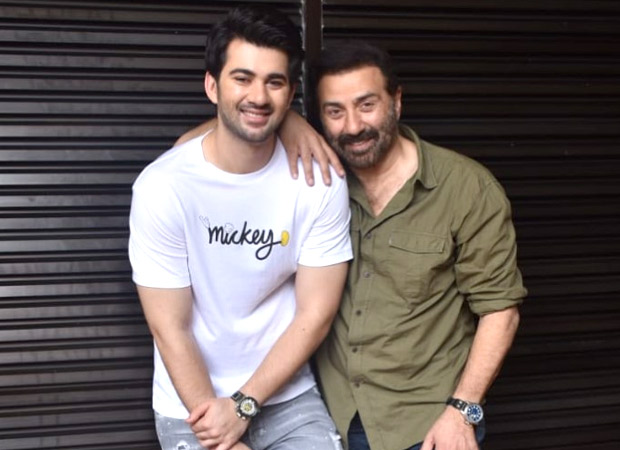 For this anxious father, the pressures are multitudinous. Of late, Sunny Deol has been giving multi-tasking a new definition. “I am not just an anxious father, I am also the  director and producer  of  Pal Pal Dil Ke Paas. For months and weeks, I’ve been running here there and everywhere. Even now when there are only a few  days left before release  I am trying to be at five different places at the same time,” sighs Sunny, like a father running around for  his offspring’s wedding.

It’s been a long journey for Sunny Deol, from gawky debutant in Betaab to a tense father of a debutant  in Pal Pal Dil Ke Paas. Says the proud father, “Karan is so much more confident than I was when I came into films. I had no clue about anything like  camera angles and shot takings. Karan is fully clued into it. He is sincere hard-working, focused and very clear  about what he wants to do. We’ve worked very hard on Pal Pal Dil Ke Paas. I hope all those people who have supported me and my father will also welcome Karan.”

Scarily, Pal Pal Dil Ke Paas opens with the latest  instalment of Sylvester Stallone’s Rambo franchise. Sunny shrugs off the competition. “There will always be some film or the other on the same Friday. You  have to believe in your film.”