Though Sonam K Ahuja, nee Kapoor, loves the love story that she shares with her co-star Dulquer Salmaan in her new release The Zoya Factor, her favourite love story, hands-down, is the one she shares with her husband Anand Ahuja. They’ve been married more than a year now. But, Anand’s  devotion to his wife remains undiminished. 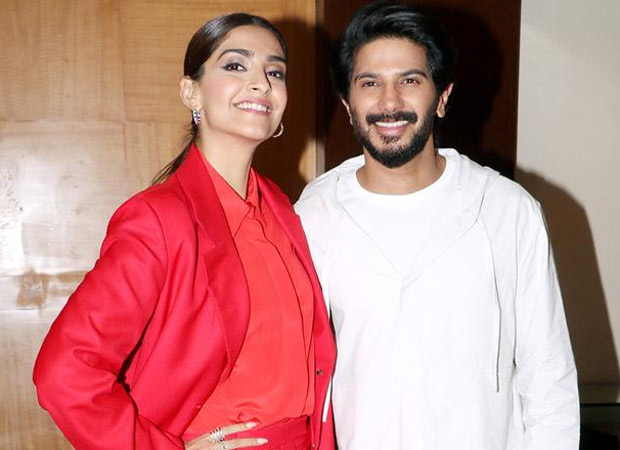 Sighs Sonam, “I’m so lucky, so blessed, to have a husband who supports me in everything I do. Being married and pursuing my career could have really divided my loyalties. But, Anand made sure I was  comfortable in whatever I choose to do at a particular time.”

Though both Sonam and Anand are busy with their respective careers, they make sure they find time to  spend together. “It is very important to make sure that a couple finds enough time to be with one  another. Once you are married your marriage should be a top priority in your life. I am lucky to have married my best friend. So I enjoy every moment with Anand.”

Right now she’s torn away from Anand as she’s promoting, The Zoya Factor. Says Sonam, “It’s a special film because it has cricket at it core. And cricket along with cinema is a religion in India. Do I  follow cricket? I like the game and I watch it. But I’m not as clued in as other die-hard fans because I am not that uni-focussed on the game.”

The Zoya Factor gave Sonam a chance to explore another Indian pre-occupation, and that’s superstition. “Call it destiny or coincidence. But I do believe that there’s some force beyond your  comprehension, controlling your life, pushing you to do things that may not make sense at first. But it’s a part of a larger design. The Zoya Factor is about factors that make my character seem as though she’s where she is for a particular reason.”

Sonam says she thoroughly enjoyed working with Dulquer Salmaan. “He is such huge superstar in Malyali cinema. But, he has no vanity, or arrogance in him. He’s great fun to work with. We really hit it off well.”

Wasn’t Fawad Khan the first choice for The Zoya Factor? “No, that was for another project The Battle Of Bittora. This was always with Dulquer.”

Why did the project take longer than her usual films? Sonam demurs. “I don’t think it took longer. The rights of Anuja Chauhan’s book were bought, and I was approached for the film. Since then, everything has been smooth sailing for the project.”

Being at the centre of projects is becoming a habit for Sonam. Does it put a sense of responsibility on her? “Even if I am not the central character -– and I  wasn’t in Bhaag Milkha Bhaag and Sanju -- I still feel a sense of responsibility towards the films that I do. The important thing for me at this stage of my career is to do films I enjoy doing. I learnt this from my father(actor Anil Kapoor). To enjoy my work so much it doesn’t seem like  work.”

Sonam has a couple of new projects on the anvil. “These I’ll talk about at the right time. But I will continue to divide my time between my work and my husband. Anand doesn’t let me feel divided. If he did it would have been very stressful for me to maintain a balance. But my career and marriage are smoothly aligned. I guess I am fortunate. But, I’ve also worked hard to get where I am . So let’s not give luck too much credit.”

Also Read: Sonam Kapoor and Dulquer Salmaan wish each other on Onam and their banter is the cutest thing you will see!

Sonam Kapoor is 'ready to take on the new…

Anil Kapoor and Anurag Kashyap are at…