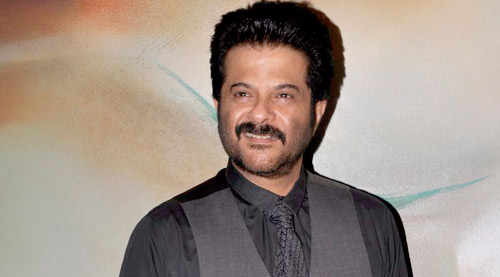 There have been strong rumours that Anil Kapoor, currently basking in the encomiums for his performance as the self-obsessed patriarch in Zoya Akhtar's Dil Dhadakne Do would be playing Ranbir Kapoor's father in Anurag Basu's Jagga Jasoos.

But the actor, currently in Kuala Lampur, completely denies ever being approached for the part that Govinda has vacated.

A source reveals that the rumours were a marketing ploy. "Anil was persuaded to play Ranveer Singh's father in Dil Dhadakne Do. So, after Govinda left Jagga Jasoos, it suited the team's purposes to spread the rumor that after Govinda, Anil is playing Ranbir's dad," says a source.

Anil says he has no clue about these rumours. "But, it's true I am not looking at any more father's roles at the moment. Why should I when I am playing the lead?"

He is delighted by the feedback he has been getting for Dil Dhadakne Do. "Its way beyond anything I ever expected. I was apprehensive about doing a father's role. But it worked, thanks to the director Zoya Akhtar."