The fact that Mahakshay Chakraborty and Madalsa Sharma got married under much controversies hovering over them is a fact known to all. While Madalsa’s Instagram is a sure shot proof of how much the actress loves her hubby, here’s another picture from their honeymoon that will make you go aww! 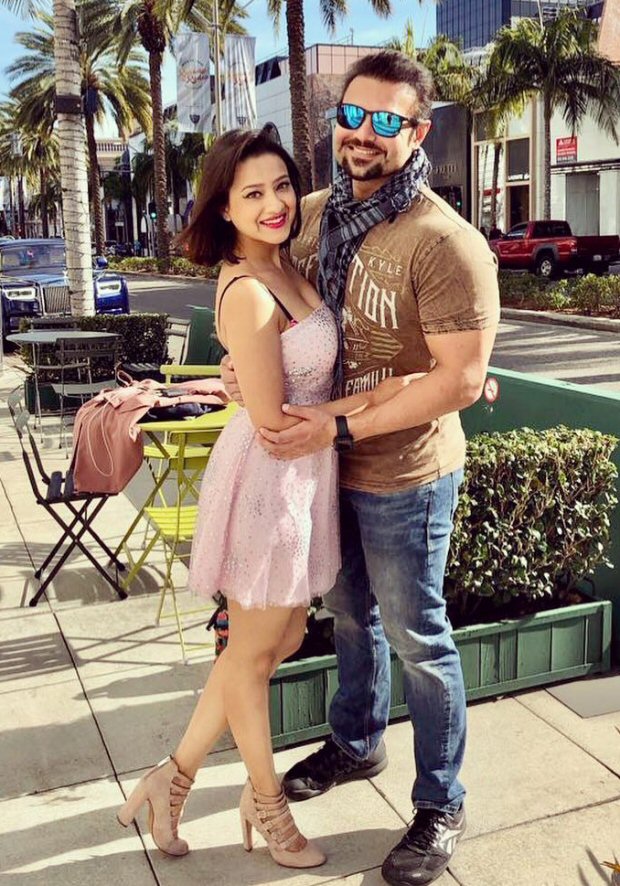 Madalsa Sharma shared this picture from their U.S honeymoon wherein the couple is seen enjoying the warm sun amidst all the mushy romance. Actress Madalsa and Mithun Chakraborty’s son Mimoh tied the knot on July 10 in Ooty at the latter’s family hotel in the picturesque location. The two of them got married in a quintessential traditional Indian ceremony with parents’ blessings and closed ones attending it.

However, prior to the marriage, the couple had to undergo immense stress after Mahaakshay aka Mimoh was accused of rape and was arrested in a case. The actor-son of legendary actor Mithun was arrested by the police after a Bhojpuri actress accused him of raping her after spiking her drink and also under the pretext of marriage continuing to take advantage of her. She also dragged Yogita Bali [wife of Mithun Chakraborty] in the case alleging that she and her son were responsible behind her abortion.

The said alleged victim dragged them to the court in Delhi and the marriage preps came to a standstill. But soon Mimoh was granted bail in the case and the actor’s marriage happened in a smooth manner. Now after pictures of his honeymoon, we are sure that all is well between the couple and that Mahaakshay is heaving a sigh of relief away from all the legal hassles!

On the other hand, Mahaakshay received immense support not only from his own family but also Madalsa’s family. In fact, Madalsa’s mother had gone ahead to speak about the controversy in news reports wherein she asserted to the media that the wedding will indeed take place and that she indeed trusts Chakraborty despite the allegations made on her then to-be son-in-law.