Dulquer Salmaan – the regional heartthrob is all set to make that big Bollywood debut with Karwaan this August. Lovingly called as DQ, he is the son of film actor Mammootty. A business grad, Dulquer flipped careers before venturing into films. DQ garnered accolades for portraying the title role in the 2015 romantic drama Charlie, clinching the Kerala State Film Award for Best Actor. As a doting father to his adorable daughter with wife Amal Sufiya, DQ owns several entrepreneurship ventures and promotes various social causes. The actor enjoys a massive fandom of 2.4  million on Instagram. While his on-screen charm makes us go weak in the knees, off-screen too he loves to keep his fans engaged with his fashionable shenanigans. While men’s fashion may be nascent and underrated, Dulquer Salmaan finds solace in tailored suits and looks nothing less than dapper in clean cuts. While his regular fashion stylist, Kalyani Desai has grasped his style nerve, DQ has teamed up with celebrity fashion stylist, Abhilasha Devnani for his promotional style for Karwaan.

It’s often said that being a true gentleman never goes out of fashion! As a fashion-aware contemporary millennial, Dulquer Salmaan tapped on the casual style vibe for the promotions. Here is a closer look. 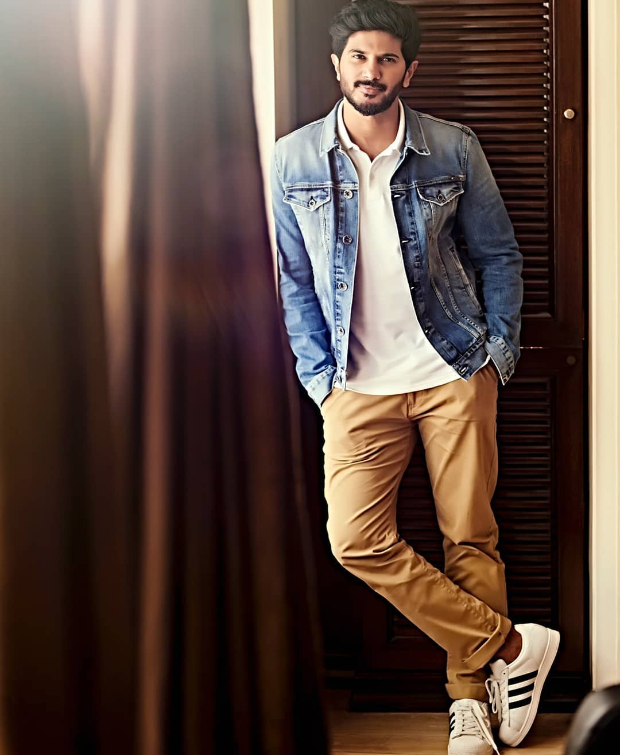 DQ gave his basic look of a white Benetton tee – Khaki pants from Celio a spunky vibe with a denim jacket from Gas. 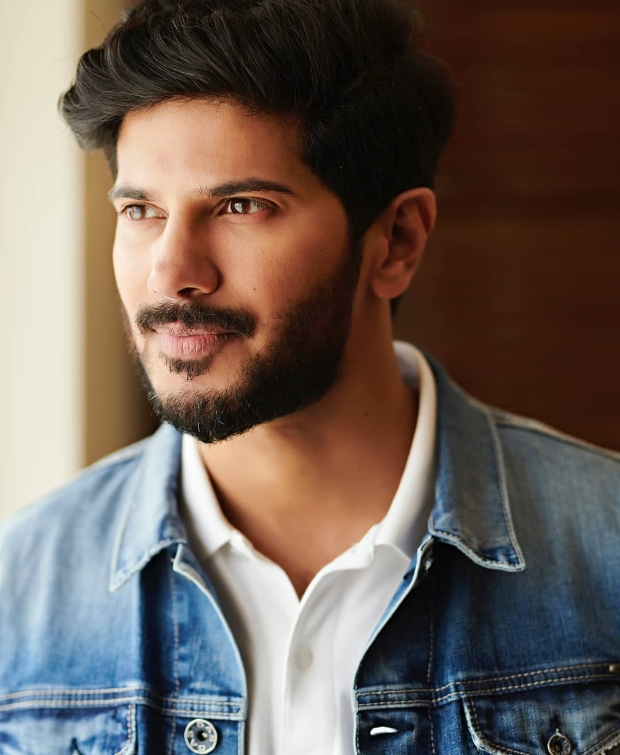 We love how the now-closet staple white sneakers from Addidas team well with that well-groomed mane and beard. 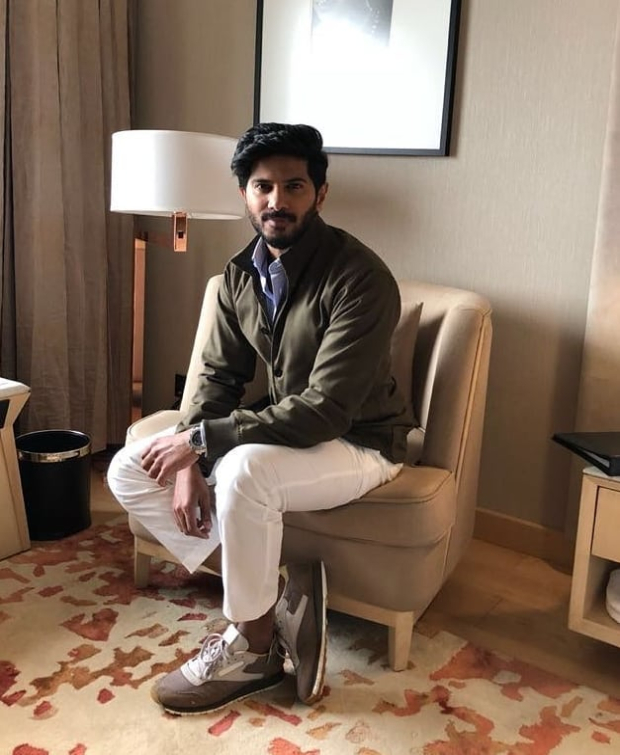 DQ teamed a Tommy Hilfiger blue shirt with white pants from H&M, layering his look with a customised bomber jacket from Nicky Prithyani. 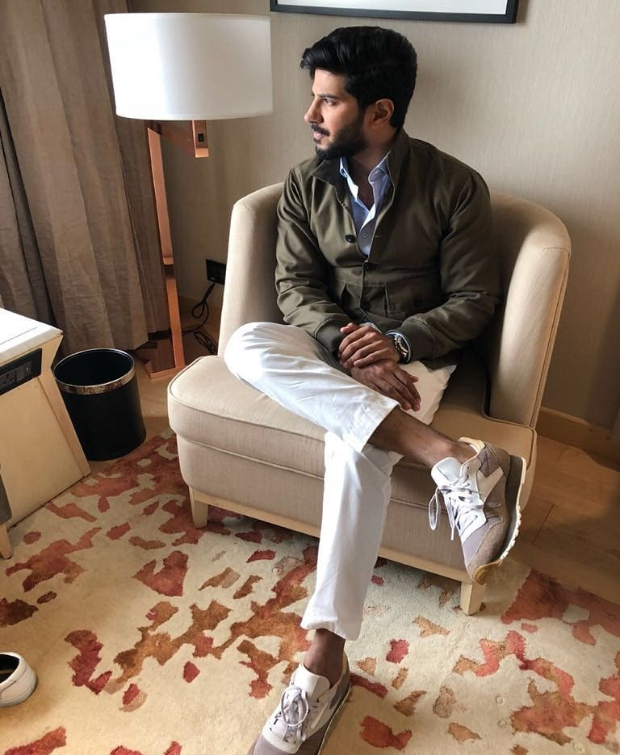 He rounded out the look with sneakers from Reebok, a well-kempt mane and beard. 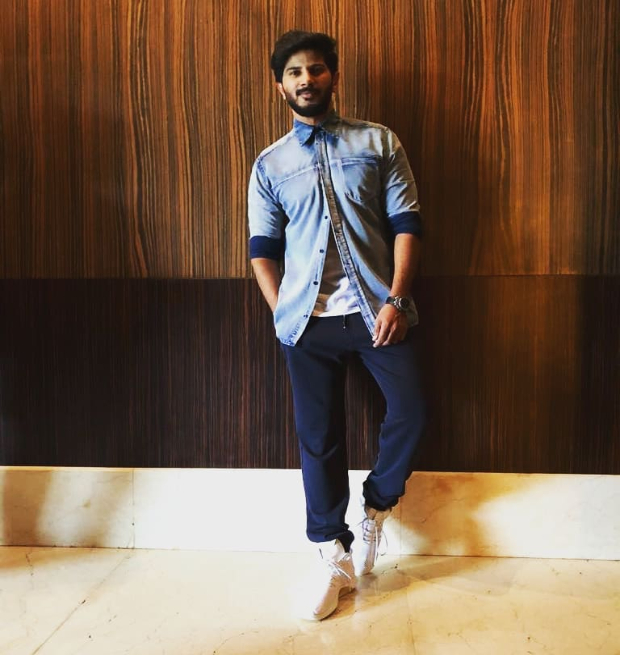 Going athleisure chic in track pants from Gas teamed with a tee from Celio, DQ layered his look with a Paul & Shark longline denim shirt rounding out the look with high tops from Addidas.

Getting his layering game on point, with jackets –denim and bomber in addition to a longline shirt, Dulquer’s cementing his place with strong personal sense of style. He essays the role of Avinash in Karwaan who receives the sad news of his father's demise. He sets out on a road-trip to Kochi to retrieve his father's dead body and is accompanied by Irrfan Khan's character Shaukat and a college student, played by Mithila Palkar. The movie is directed by debutant Akarsh Khurana and is scheduled to release on August 3 this year.